She knows just what bag to use. 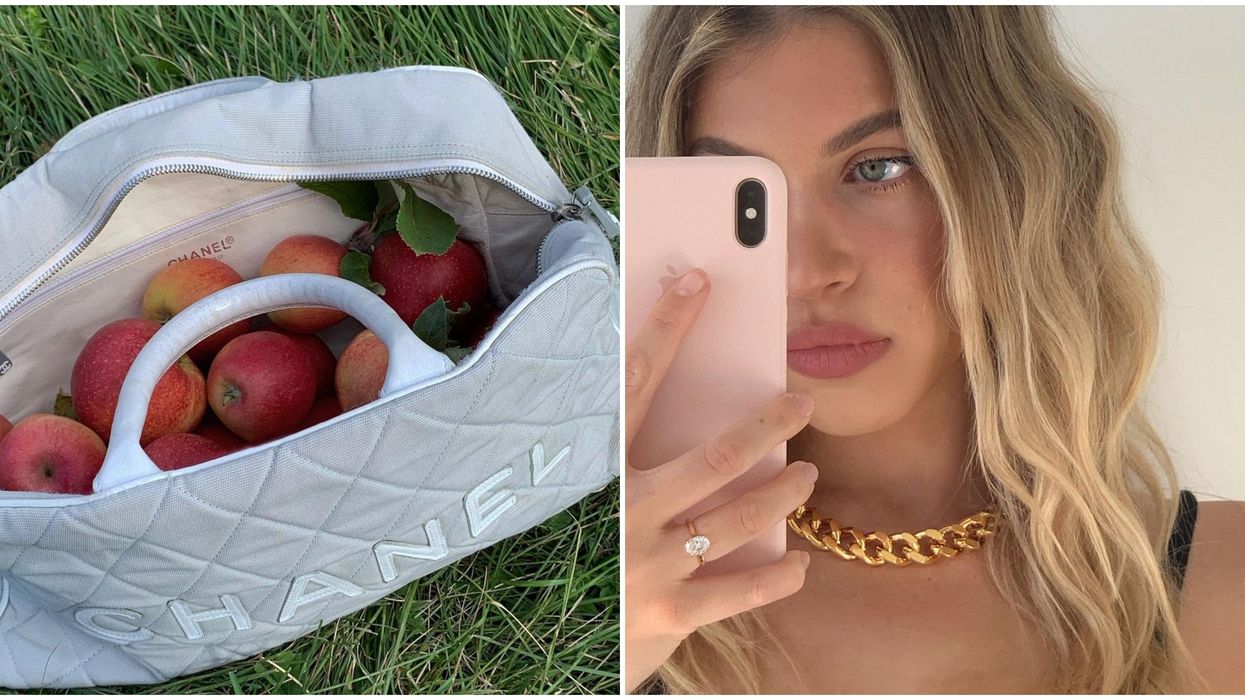 No baskets were needed when Toronto's Nitsan Raiter and her Chanel bag took a trip to the orchard.

The YouTube vlogger and Instagrammer shared photos of herself and her designer purse at Applewood Farm over the weekend.

It seems no activity is too rustic for Chanel, as the vintage bag was photographed holding the apple pickings for the day.

With over 250k followers on her Instagram account, Raiter is no stranger to bringing a bit of glam into everything she does.

Narcity chatted with Raiter about her apple carrier and all things fall.

Editor's Choice: Parts Of Ontario Will Be Hit By More Snow & Strong Winds This Week

What was the inspiration behind the photos?

It turns out, the high-fashion apple holder was the product of some last-minute innovation.

"It was just my bag for the day," Raiter said. "I obviously dressed for the occasion, I wore a little sweater with a little collar shirt underneath. Something very apple picking-esque."

Once she and her family arrived at the orchard, they realized her Chanel bag could hold a lot more apples than the smaller bags they were given.

"With the nature of my job I wanted to snap a pic, and then we just put two and two together and thought it was a really cool concept to just, you know, upgrade my little basket."

What are you planning on doing with the apples that you scored?

"Right now we have a lot of apples," Raiter laughed. "So I've been snacking on some, I want to make an apple crumble pie, and potentially attempt jam."

While she's never actually tried apple jam, the vlogger claims her mom has an amazing recipe she's going to use.

She also revealed that when it comes to fall treats, pumpkin is not on her list of favourites.

"I haven't had a lot of pumpkin-flavoured anything," she admitted.

"I never got into the pumpkin spice lattes, I think last year was the first time I tried pumpkin pie."

How else have you been enjoying the fall season?

One of Raiter's favourite places in Toronto is the waterfront, and she's been enjoying it as much as possible before the weather gets too cold.

She also loves cozying up with a good Halloween movie on Netflix.

Since many of her travel plans were cancelled, the influencer has been spending the season rediscovering the city.

"In the past, I used to always just hop on a plane and, you know, keep travelling," she said.

"But it really showed me the beauty of the city, as cheesy as it sounds, you really just have to go out there and you find it."