Strip clubs in Ontario were closed on September 26. 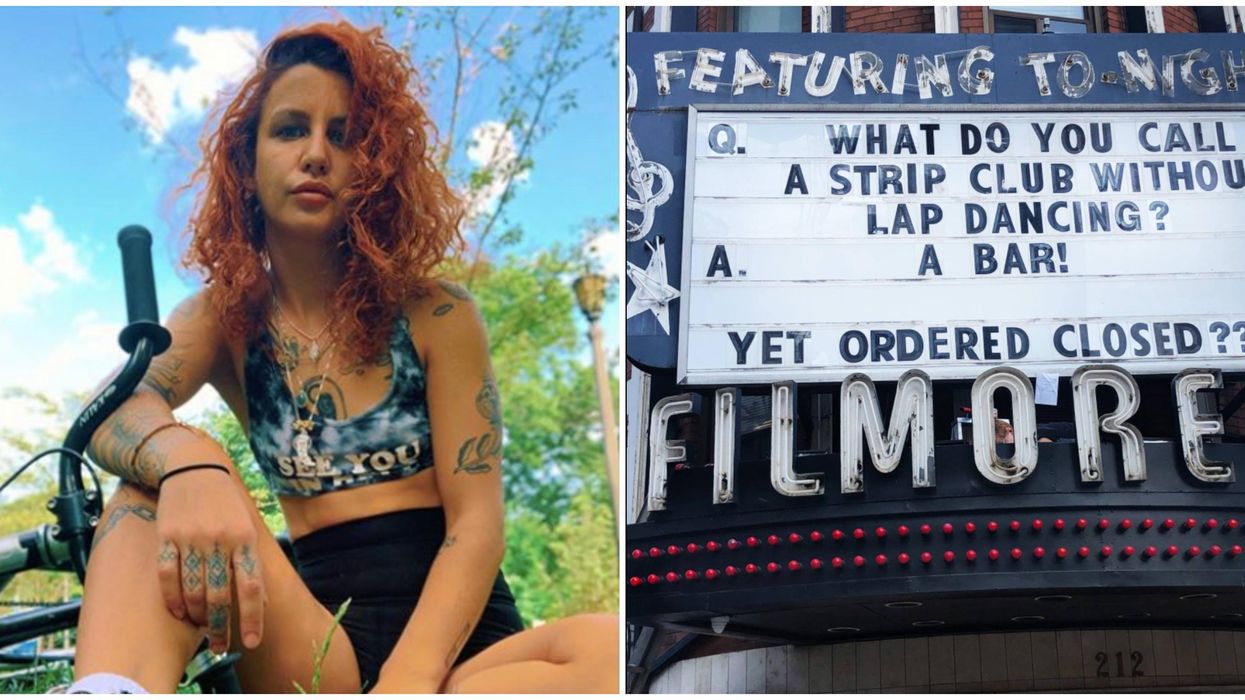 One Toronto dancer is speaking out after Ontario strip clubs were ordered to close earlier this month.

Maija Ellis, who worked at a club in the city before the closures, told Narcity that she believes that if the strip clubs are shut down, then "everything should be shut down."

While bars and restaurants are now mandated to close at midnight, the Ontario government required the complete closure of clubs on September 26.

Ellis says that she agrees the closures are needed to stop the spread of COVID-19 but thinks the province is singling out clubs like the Brass Rail Tavern and Filmores.

"Now, bars and restaurants are still allowed to operate with stricter rules and regulations, and for some reason, strip clubs aren't."

While Ontario was the one that made the decision to close clubs, they weren't alone. Mayor John Tory was also calling for closures.

Now, Ellis says that she feels like her industry is "just being put under a microscope."

"It just seems like we're under attack by the city," Ellis says. "It's upsetting."

Should more Ontario spots be shut down?

While cases have been reported at clubs, Ellis pointed out that many restaurants, bars, and malls have also had outbreaks.

"So strip clubs are closing," Ellis says. "Why aren't bars and restaurants?"

Ellis even argues that strip clubs have been operating and following COVID-19 guidelines just like any other establishment and there isn't a reason why they should be targeted.

"Because we're dirty? No, we're not. If anything, we are operating at a higher level of cleanliness than any other establishment in the city."

How have Ontario strip club closures affected the industry?

As strip clubs close for a second time, the dancers are some of the few who are unable to return to work.

"We all took a massive hit," Ellis said when asked about income.

"You're forcing us to go and do things in the world, instead of in a club that's being sanitized after every single time you even talk to somebody."

She's been able to live off savings as well as move some of her work online, but others, she says, have not been as lucky.

"It's pushing a lot of women into areas of the industry that they don't want to be in."