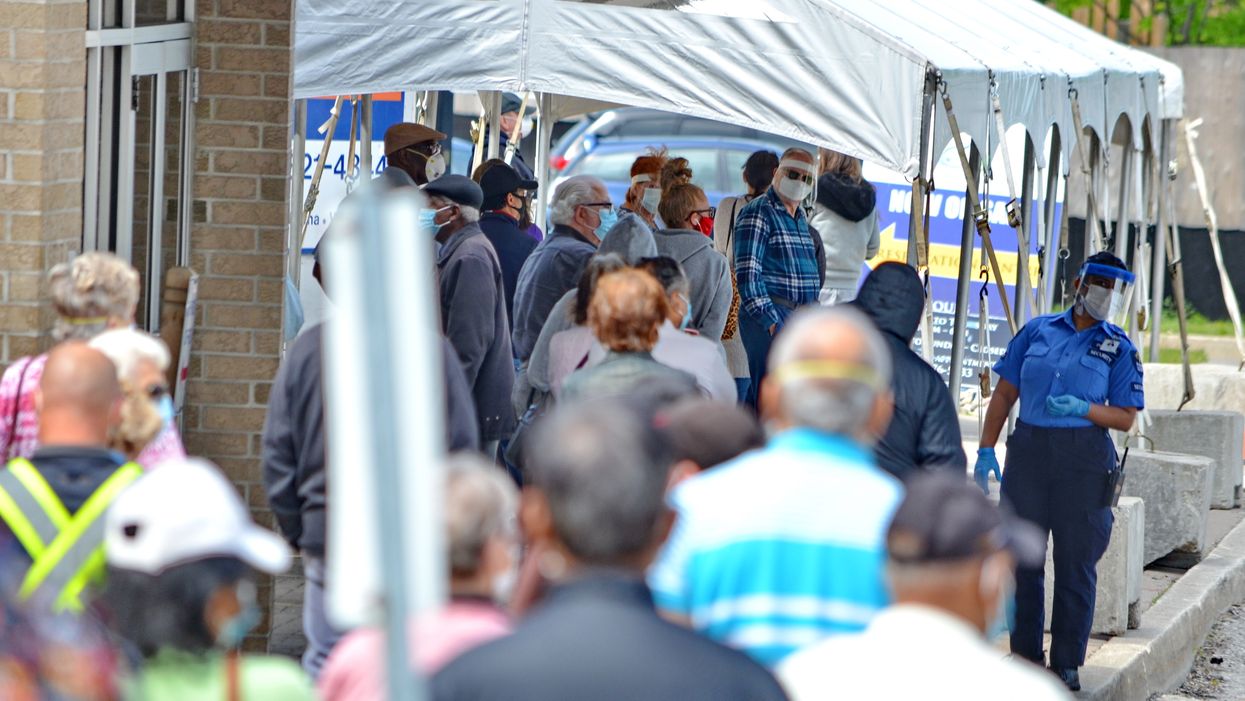 A local medical professional has taken to the internet to prove just how difficult it is to get a COVID-19 test in Toronto right now.

Hanna Faghfoury, a Geneticist at Mount Sinai and UHN, took to Twitter to show her internet journey of trying to book a COVID-19 test at around 15 different assessment centres in the city.

She screenshots each page, almost none of which display any availability in the foreseeable future.

The vast majority of the pages were reportedly either broken, or appointments were full for the coming days.

St. Mike's was the most promising, with multiple slots available for Friday, according to the tweet.

Some hospitals such as North York General were so backed up that there were no slots for a solid five days.

"North York General. At least the red writing is clear and it tells me there is no chance I will be seen before Oct 11: IN FIVE DAYS. Cool," she tweets.

Testing sites have been overflowing with demand since the second wave.

Some pharmacies have even opened their doors to testing asymptomatic people.

If you work at a company that offers an annual wellness fund, then you should seriously take advantage of it. Usually, you can use it for a gym membership or exercise equipment. Sometimes, you can even use it on things like supplements, fitness trackers or even shoes.

We still have the same number of active cases as we did in mid-January.

On Tuesday, May 25, Dr. Deena Hinshaw provided an Alberta COVID-19 update. During her announcement, she shared that there have been 387 new cases over the past 24 hours.

She said that 565 Albertans are currently in the hospital with COVID-19, 185 of whom are in intensive care. She also reported nine new deaths within the last day.

Dr. Hinshaw said this variant was first identified in Denmark.

On Thursday, April 22, Dr. Deena Hinshaw provided an Alberta COVID-19 update. During the update, she announced that 60% of Alberta's active COVID-19 cases are variants of concern.

She also shared that the province has identified its first case of the B.1.617 variant that is causing a significant spike in cases in India at the moment. This news came on the same day that Canada halted direct passenger flights from both India and Pakistan.