A few places opened up the first minute they were able to. 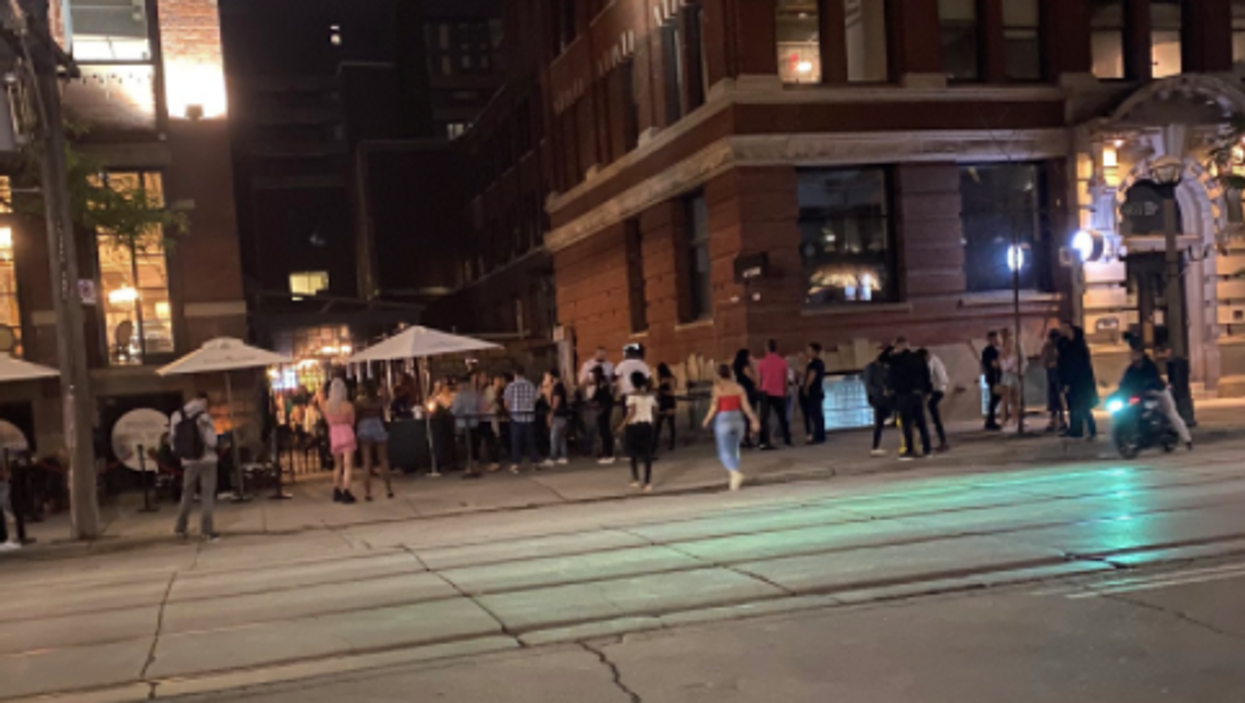 It looks like Toronto locals wasted no time in grabbing a drink. People were spotted lining up at select patios in the city on Tuesday night, just before they opened at midnight. Toronto patios reopening garnered lines of eager guests who had the first opportunity to enjoy the city as it moved into stage two.

When it was announced that the 6ix would finally be able to open patio doors on June 24, some venues were eager to get the party started.

Hemingway's in Yorkville and MARBL at King and Spadina started taking guests at midnight.

Both had lines of thirsty patrons who wanted to be the first to have a drink at an establishment.

A photo on Twitter also show crowds scattered across the sidewalk at the King Street spot at around 1 a.m.

Just a few hours before, the patio was seen prepared and fully equipped with candles and physically distanced tables.

Narcity has reached out to MARBL for a statement but is still waiting for a response.

CTV reports that Yorkville's Hemingway's also had a line of at least two dozen guests.

However, the Events Manager told Narcity that the crowds at their location were "minimal."

Earlier this month, Mayor John Tory told restaurants with patios to gear up to reopen.

Businesses have since implemented new guidelines for how they will function during this time.

Reduced capacity has been a method across the board, which leaves more room for people to enjoy the space.

Other rules such as no singing or dancing or not being seated in large crowds are also going to be implemented at some Toronto locations.

With the city now entering stage two, pools, malls and hair salons will also be opening their doors to eager locals.