She's the only bear with this title! 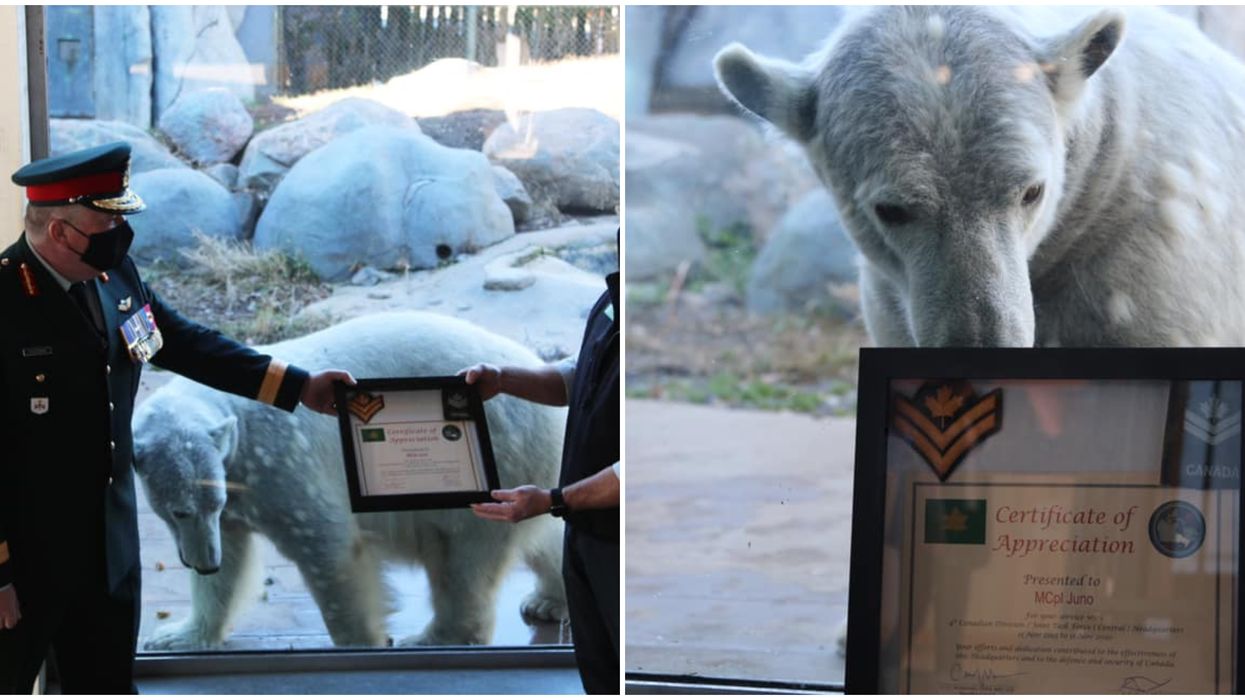 The Canadian Army is celebrating the promotion of one of their furriest members.

The four-legged friend was officially named an Honorary Master Corporal of the Canadian Army.

Editor's Choice: Parts Of Ontario Will Be Slammed With 20 cm Of Snow & Chilly Temps This Week

Back when she was born, the Toronto Zoo Staff named the bear Juno in honour of Juno Beach.

Given that yesterday was Remembrance Day, they honoured an animal named after one of the most successful military operations on D-Day.*

"We are truly honoured that the Canadian Army has promoted Juno to Master Corporal as she continues to be an outstanding ambassador for her counterparts in the wild,” says Dolf DeJong, CEO, Toronto Zoo.

Juno serves as a proud representative of a vulnerable species.*

Her journey is one of heartwarming survival and endurance, making her a perfect fit for the Canadian Army.

Editor's note: This article has been updated.