No more having to order ahead of time! 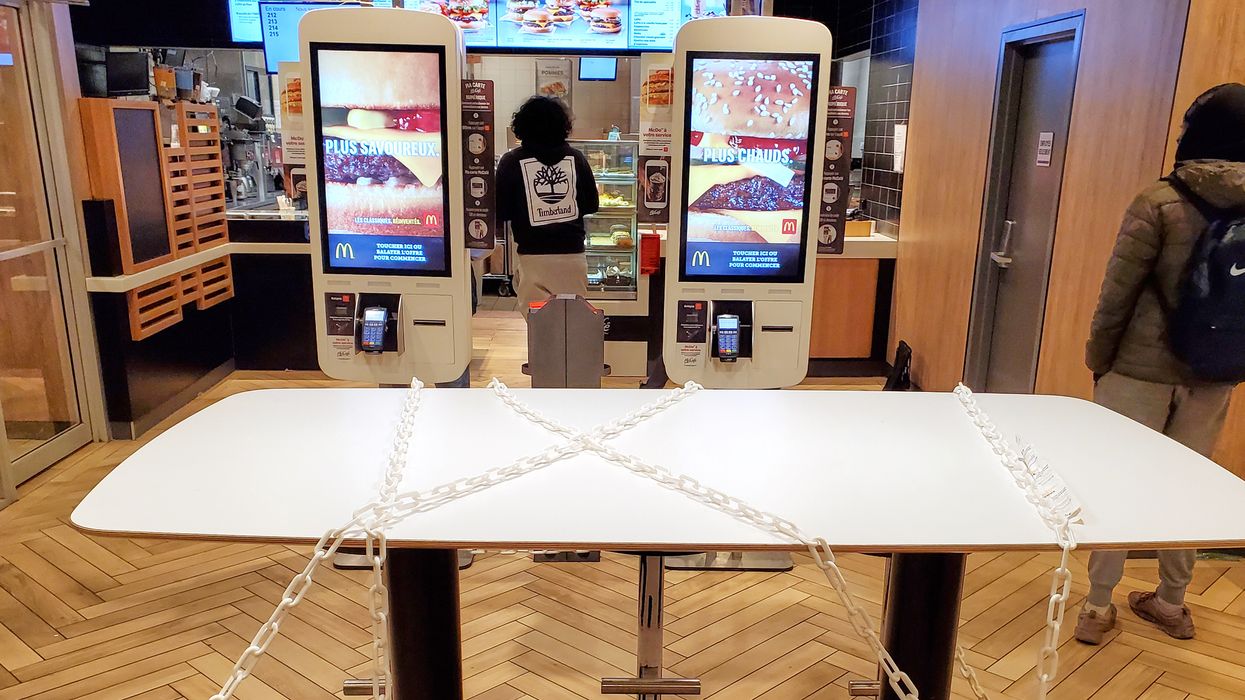 The world of fast food is well on its way towards the new normal. For Canadians who have been asking, "When is McDonald's opening again?" the question has been answered. The Golden Arches just announced that 800 locations are now reopening for takeout.

In a June 23 email to their customers, McDonald's Canada announced that it would be transitioning its locations back to takeout service.

This means that rather than having to order your meal, snack, or coffee ahead of time, you can walk into a location near you and place your order right at the counter.

McDonald's told Narcity in an email that there are currently 800 locations now open for takeout service across the country.

You still won't be able to sit in the restaurant, though, as dining rooms will remain closed for the time being.

You can find out if restaurants near you are opening by visiting the McDonald's Canada restaurant locator.

In early May, the fast-food chain announced its plan to introduce takeout services at 30 test locations. The majority of these were in Ontario, with other locations opening in Manitoba, Alberta, Saskatchewan, and Quebec.

The company noted that there would be increased health and safety measures used while offering this service to customers again.

New protocol includes limiting the number of guests inside the restaurant at any given time, installing protective screens at registers, and having all employees wear gloves and masks.

Self-serve fountain drinks and condiment stations will remain on hold for now, so you'll have to actually ask for extra ketchup if you want it.

More businesses are now getting the chance to let customers in-store again, as many of Canada's provinces move forward with their reopening plans.

On June 22, Premier Doug Ford announced that Toronto was given the green light to move into stage 2, allowing restaurant patios and hair salons to welcome back customers.

Being able to get takeout from McDonald's will be welcome news for fast-food lovers, and it's been relaunched just in time for us to enjoy Summer Drink Days again.