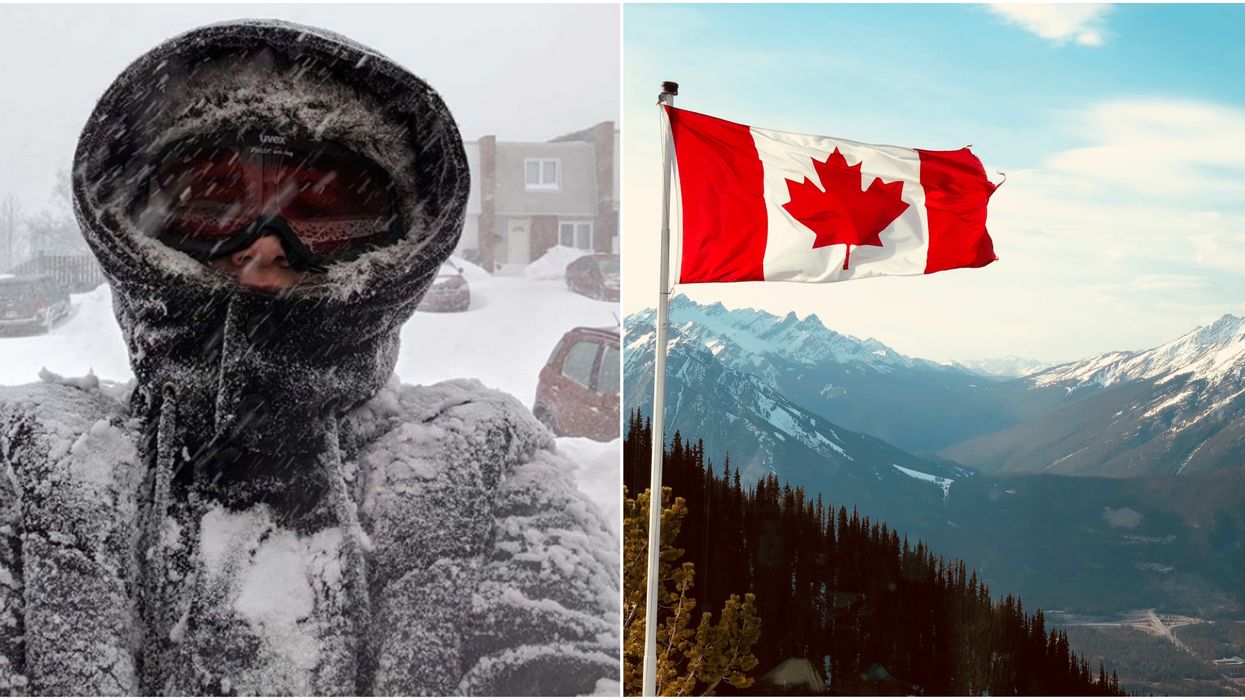 It's been a wild year! When it comes to Canada's top 10 weather stories in 2020, they were all pretty extreme and Snowmageddon didn't make the number one spot.

Environment Canada's Senior Climatologist David Phillips announced the top weather stories of the year from across the country on December 16.

"Extreme weather didn't take a time out," he said.

Phillips said this was one of the most impactful years in terms of the number of Canadians who were affected by the weather.

Here's a countdown of the top 10 weather stories of the year.

During the long weekend in August, almost a month's worth of rain fell in central Ontario. There were also quite a few tornadoes that happened in the province because of the extreme weather.

In the west, 187 thunderstorms bulletins were issued by Environment Canada and there was tennis ball-sized hail along with flash flooding.

9. Fall season: winter in the West, summer in the East

This fall was a divided season for Canada.

There were snowfalls and freezing temperatures in Alberta and it snowed for 50 hours straight in Saskatoon which created two-metre-high drifts.

It was completely different in the east as there was a November heatwave with some of the warmest temperatures ever recorded so late in the fall.

Phillips said that the best summer weather in the east this year was in November.

According to Phillips, this might have actually helped Canadians stay at home and isolate during the first wave of COVID-19.

For 80% of Canadians, it was a colder-than-normal spring. Wind chills of -22 C were recorded in parts of the Prairies in April.

There was even snow in May.

7. The year's most powerful tornado

There were 77 documented tornadoes in Canada this year which is the upper edge of what's normally seen.

Ontario had over half of those and 10 occurred in Manitoba, including the most powerful one.

On August 7, an EF-3 tornado touched down south of Virden with winds of more than 265 kilometres per hour.

It tracked about 11 kilometres along the ground and killed two teenagers when their truck was picked up and moved over a kilometre.

This #FridayMorning, the #GOESEast satellite is keeping an eye on #HurricaneTeddy swirling over the Atlantic and Tr… https://t.co/GesXKelXSR
— NOAA Satellites (@NOAA Satellites)1600431917.0

The forecast this year was for an active season which Phillips called "supercharged or hyperactive." There were 30 named storms and the average is 11 or 12.

Canada didn't experience devastating storms like the U.S. and Caribbean but we did get eight tropical storms.

They brought strong winds, lots of rain and power outages.

Teddy was most impactful when it made landfall east of Halifax with 15-metre-high waves offshore and winds of 140 kilometres per hour.

In case you forgot how long 2020 has been, Snowmageddon in St. John's happened this year.

On January 17, a weather bomb stalled over the city and dumped 75 to 90 centimetres of snow in a single day which prompted a state of emergency to be declared.

40 centimetres were already on the ground when that happened!

With this storm, there were winds of 164 kilometres per hour, 18 hours of blizzard conditions, an avalanche and snow as high as rooftops.

4. Endless hot summer in the East

"We really went from slush to sweat," Phillips said.

This year was one of the top five warmest summers in 73 years.

Ottawa had four days where the temperature was above 35 C and normally you'd have to wait 40 years to see four days above 35 C.

Toronto had 15 hot, tropical nights while the norm is four.

3. Fort McMurray's flood of the century

About 20% of the population had to leave their homes and evacuate because of the flood.

With the lack of spring, thick ice formed.

However, when the weather warmed up, ice jams happened that couldn't be broken up with explosives.

It was a quiet forest fire season in Canada in 2020 which Phillips called "ironic."

Smoke from California, Oregon and other U.S. states came north.

It was some of the dirtiest air in the world at that time.

Vancouver and Victoria had 70% to 80% more hours of smoke this year than they had during the fires in 2017 and 2018 which were record-breaking blazes.

On June 13, there was a minute-long hail storm in Calgary that dropped tennis ball and baseball-sized hail.

Winds reached 70 kilometres per hour during the storm and hail smashed through windows and damaged trees.

Hail drifts were 10 centimetres deep in the streets the day after.

It was the most expensive hail storm in Canadian history.