The NHL Is Booking Out Entire Edmonton Restaurants Just For Players

Teams will have the restaurants all to themselves during the playoffs. 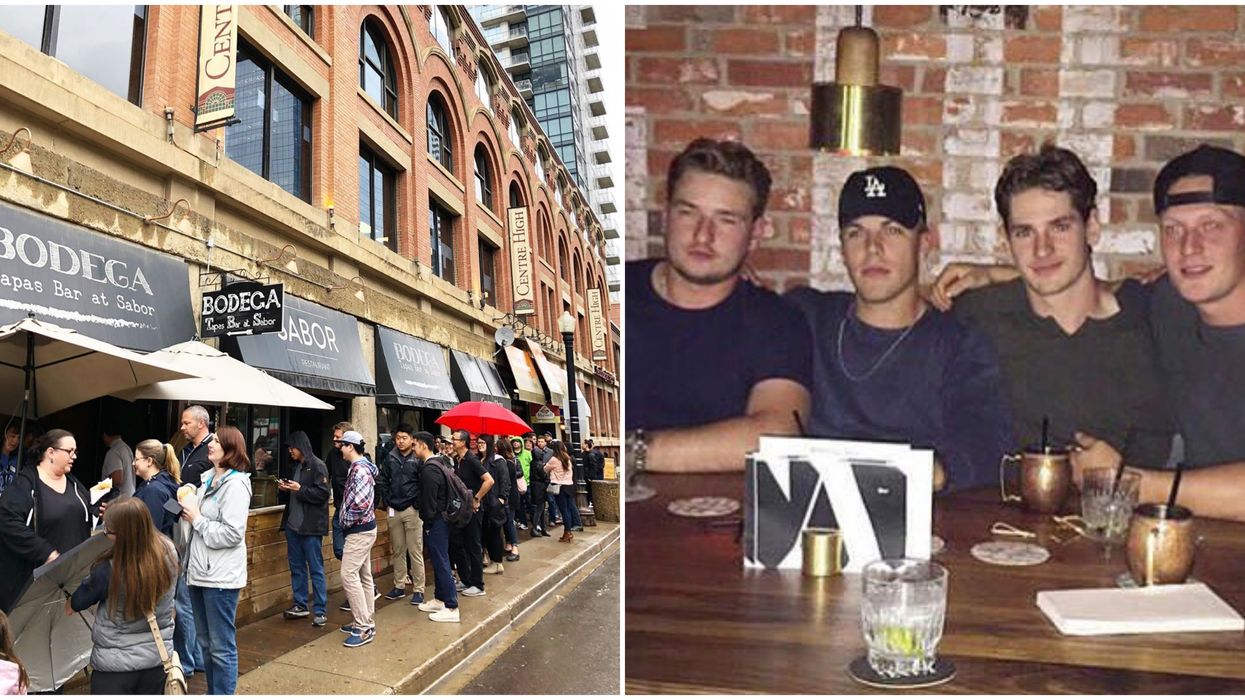 Hockey stars need to eat too, and they'll be taking over entire restaurants in Edmonton to do just that. Edmonton's Designated NHL restaurants haven't been officially announced yet, but several are eagerly waiting to be chosen as the teams arrive on Sunday, July 26. The idea is to serve players inside their "secure zones" so they won't have to leave their bubbles and risk COVID-19 exposure.

Earlier on Friday, July 10, the NHL officially confirmed that Edmonton would serve as one of two Canadian hub cities where the nation's favourite pastime will restart.

"Inside the hub cities, the teams will be housed in Phase 4 Secure Zones," reads a media release from the NHL, "which include hotels, restaurants, practice facilities and the arenas where the games will be played."

And, according to CTV News, when a restaurant is chosen, they'll be closed to the public for the rest of the NHL season.

Ruth's Chris Steak House is a downtown restaurant interested in hosting as an NHL restaurant, according to CBC News. The outlet reports that it could make for steady business, other than being known as a restaurant feeding the NHL.

"We have to wait for the announcement but we're fully prepared. Not only the staff but we have a lot of space in this restaurant," said Taylor Medak, hospitality manager with the restaurant to CBC.

Meanwhile, Edmonton's Sabor restaurant has been in contact with the NHL about joining the league, reported CTV News.

"There’s a certain amount of esteem that goes into the idea that you would be considered to be part of the bubble," said Christian Mena, one of Sabor's owners.

Narcity has reached out to the NHL and several restaurants for comment and we will update this story when we receive a response.

The secure zone restaurants would have to be close to the two hotels where the NHL players and staff are staying — both of which are either connected of super close to Roger's Place, where the games will be played.

According to the NHL, each team is able to bring 52 personnel with them into the safe bubble.

With the Stanley Cup qualifying playoffs starting Saturday, August 1, the hundreds of players and staff will be needing fuel — and there are plenty of restaurants ready to step in.