Police are investigating the painting as a criminal offence. 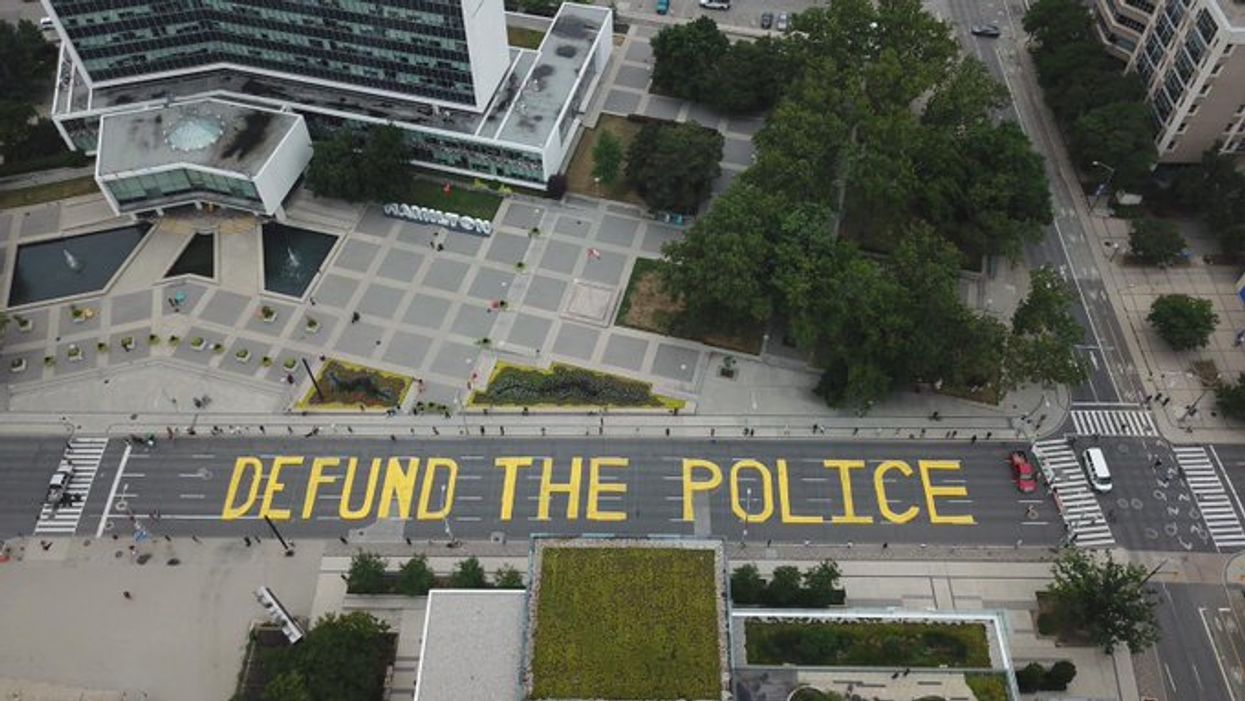 Authorities are investigating after "Defund The Police" was painted on a road in Hamilton. The letters, painted in yellow, were sprawled across Main Street in front of the city hall on Thursday. The Hamilton "Defund The Police" sign is now being treated as mischief and city crews have washed it away.

In an email to Narcity, Hamilton Police confirmed that they had "commenced a criminal investigation into the mischief that occurred yesterday on the roadway in front of City Hall."

The incident happened on Thursday, July 23, and footage of protestors painting the sign has been posted online in an almost hour-long video.

Editor's Choice: A Massive 'Heat Dome' Is Making Its Way To Ontario & It's Going To Get Sweaty

The group, HWDSB Kids Need Help, wrote on their live stream that they "are outside city Hall calling for the defunding of Hamilton police. We are painting the road. It will say DEFUND THE POLICE."

According to CBC, police are treating the painting as a criminal offence because it damaged the property and blocked off of the roadway.

The paint that was used was meant for households, which reportedly raised concerns that it would become slippery and be a danger to drivers.

This has prompted the City to wash away the artwork.

“The City of Hamilton supports the public’s right to protest and is removing the paint only in the interest of public safety," the City wrote to CBC.

Narcity has reached out to the City of Hamilton for further comment but has not heard back.

The protest took place ahead of a police board meeting, where they were to discuss the budget as well as the annual report regarding the use of force.

Demonstrators have been calling for 20% reduced funding for police services, with the money allocated to departments that would better equip staff to respond to mental health calls safely.

"They can remove the paint but they can’t remove us or our message. The people have spoken, and we demand the defunding, disarming and abolition of the Hamilton Police Services," wrote one Twitter user.

Protestors in Toronto wrote the same phrase in front of Police Headquarters during the Juneteenth protest.

However, Toronto recently voted against defunding the police by 10%.