It's one of Florida's best kept secret beaches! 🙊 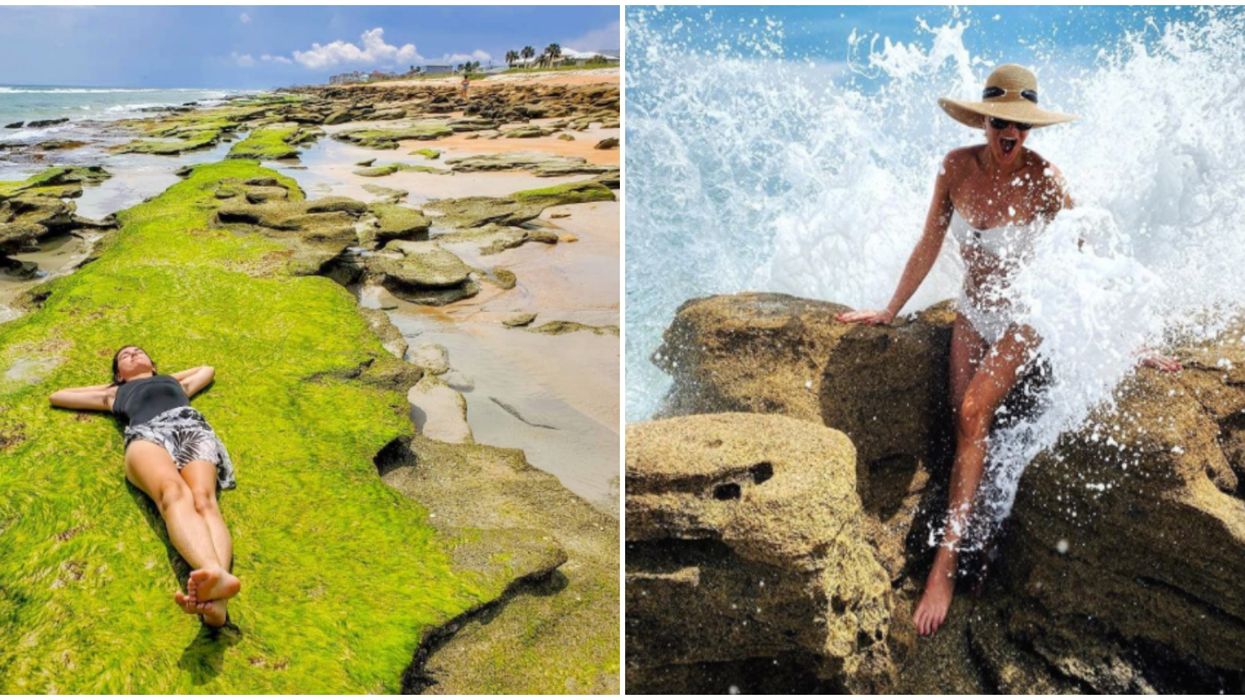 While you can take State Road A1A to reach this dramatic oceanfront, it's hidden from the road, making a surprise appearance once you cross over the dunes to the beach.

This stretch of rocky coastline is a hidden oasis from the more crowded beaches and gives you all the Cali coast vibes.

Editor's Choice: Ontario Is Going To Be A Mess This Week With Snow, Rain & Even Waterspouts

The rocks that straddle the beachfront aren't formed from a cliff.

These are called coquina rocks, a sedimentary rock that can be found up and down Florida's east coast.

When shells and sand mix together, they form into rocks, which is why when you get a closer view of the coquina formations, you'll see a mixture of seashells and sand.

One of the largest outcroppings of coquina rocks sits just to the south of Marineland in Washington Oaks Gardens State Park.

That same outcropping can be found at this beach as well.

A wonderland of hidden sea coves

The outcroppings that run the stretch of the beaches of Marineland are called the Anastasia formation.

This stretch of rock is what gives the Marineland coastline its rocky and dramatic scenery.

Within this landscape are hidden sea coves that you and your squad can explore outside of high tide when the waters flood the coves.

There's also a hidden archway that provides a stunning view of the Atlantic Ocean. The archway is big enough that you can even squeeze your way through.

From the river to the sea

On the southern end of Marineland is the River To Sea Preserve.

The preserve sprawls over 90 acres of coastal land and has walking trails and vistas where you can view the region's wildlife.

Right on the beachhead is a boardwalk that will give you a majestic view of the rocky oceanfront.

The boardwalk is just one of the numerous ways you can access the beachfront.

There is even a canoe and kayak launch where you cast off to explore the waters of the Intracoastal Waterway and the Matanzas River.

Why You Need To Go: This hidden rocky beach contains numerous sea coves that feel like the California Coast.

You can see the beach right from your window!🌊
Airbnb Airbnb

Hotel rooms can be an expensive part of anyone's vacation. But with this cheap Florida Airbnb rental, you can save without skimping on the views. This rustic seaside cabin gives you ocean views right outside your window.

The cottage is a one-bedroom home that sits right on the beach in Florida's most historic city.