The magic is returning. 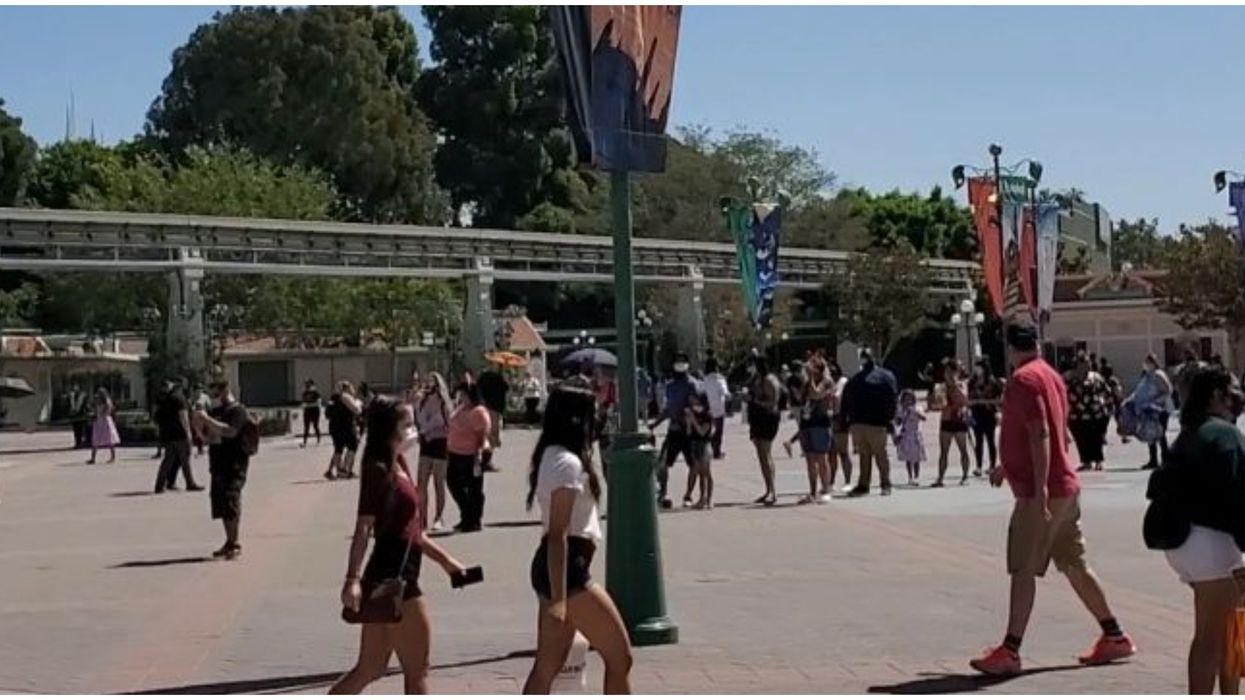 The "Happiest Place on Earth" is slowly making a comeback, but things are a bit different. Downtown Disney District in Anaheim recently reopened to long lines, one parking lot, and tons of shoppers. It looks like people are flocking to it and the photos tell-all.

Using a phased approach, the Disney shopping district welcomed guests back on Thursday, July 9. However, several changes were put in place following the health and safety measures provided by the CDC and government agency officials.

A total of 25 retail stores and restaurants opened, including the World of Disney, California Churro, Disney's Pin Traders, and more.

If you happened to skip the district's reopening launch, there were six fundamental changes that you could've expected.

Only the Simba parking lot is available, and for now, parking is free. That's only temporary, though.

Temperature screenings and face coverings for people over the age of two are required for everyone. Additionally, social distancing measures were to be followed, and there were signs around to remind anyone who forgot.

Many people shared their Downtown Disney moments on social media, and the photos showed a lot!

One Instagram user shared an image of the line from the Simba parking lot to the entrance.

"This is the current situation at the Simba Parking Lot entrance into Downtown Disney for temperature and security checks!!!" she wrote in the caption.

Many social media users posted photos and videos of the long line to get into the World of Disney store.

"This was the line to sign up for the virtual queue line at Downtown Disney District," according to the poster.

If you can't make it out to the district, Disney announced that you could "purchase select merchandise commemorating the 65th anniversary of Disneyland Park online, while supplies last."

Some people were able to snap once in a lifetime pictures of almost desolate walkways in Downtown. Snaps like these seem practically impossible to take, but given the new safety measures, they are no longer a thing of the past.

The magic is returning, and you can experience it like never before.