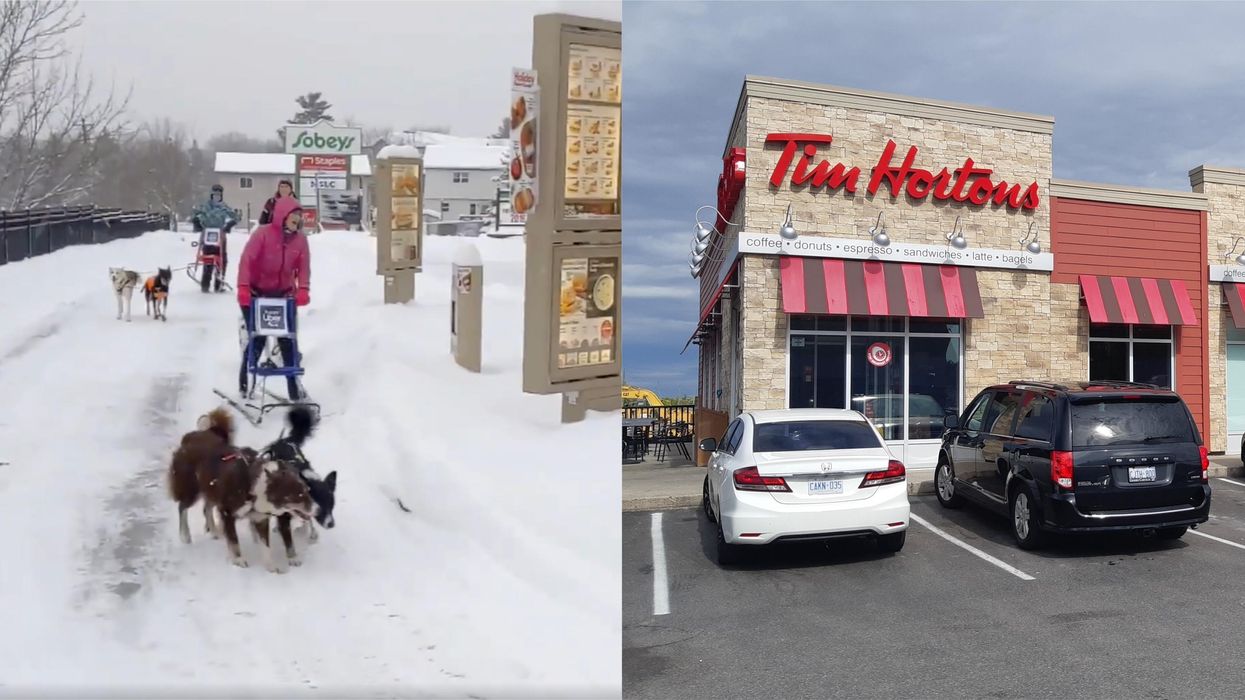 Typically, people go to the Tim Hortons drive-thru in their cars, but over the years, some wild things have come up the lane and to the pick-up window, including dog sleds and horses.

Here are five hilariously strange drive-thru encounters that have happened at locations across the country in recent years.

Three women went on horseback to the drive-thru at a Tims location in Ontario to spread some joy during the pandemic.

In Alberta, a father and son went viral when a video of them at a drive-thru in a toy car went viral. It would be funny on its own but it gets even more hilarious when you notice the car ahead of them looks like a regular-sized version of what they're riding in.

If someone said "a mountie and a hockey coach go to a Tim Hortons drive-thru on horseback," you would probably think it was the beginning of a very Canadian joke, but it's something that actually happened in Saskatchewan.

Sometimes people just need their Timmies fix — even if it means going to the drive-thru while on a tractor.

After mushing through a snowstorm in Nova Scotia, a group of friends decided to head to a Tims to get warm drinks and Timbits, and they went in the drive-thru on their dog sleds. So Canadian!