He doesn't think the same thing will happen in Ontario. 🏫 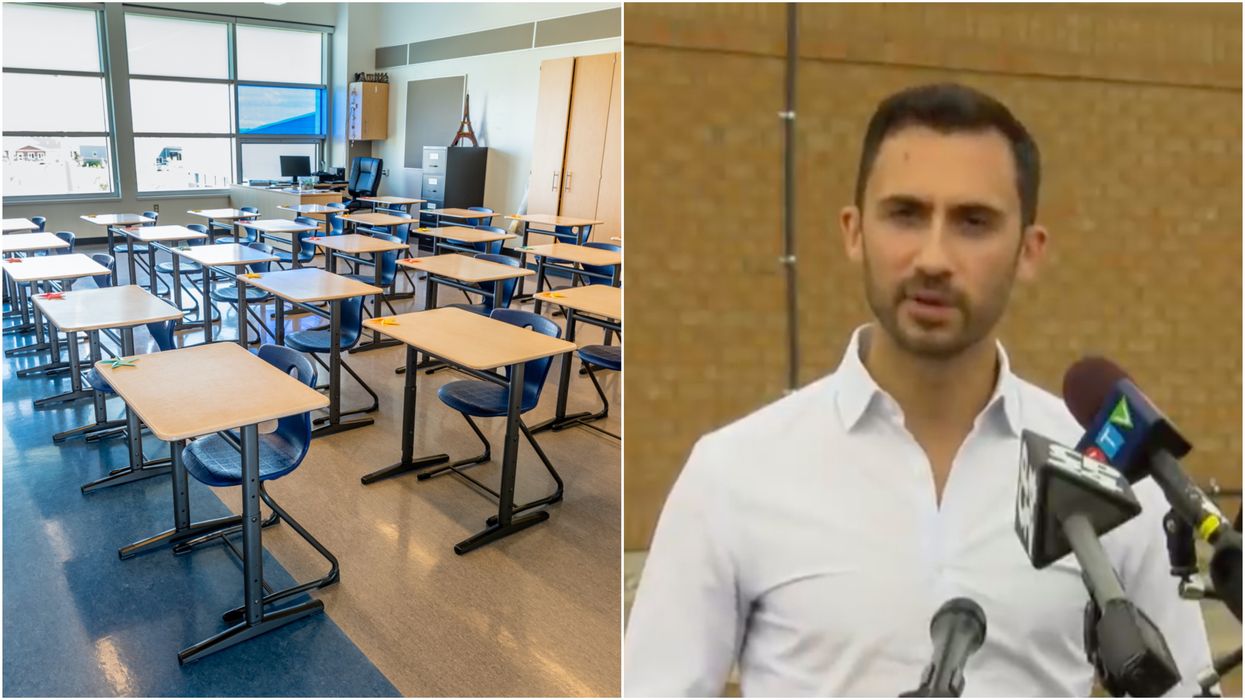 Ontario’s education minister is attempting to reassure parents and students after 46 Quebec schools got COVID-19 cases when they reopened. He says Ontario’s plan for restarting is different to Quebec's, and therefore parallels shouldn't be drawn. However, he’s asking people to remain super-vigilant when it comes to checking for symptoms before school.

Editor's Choice: Over 18,000 Travellers Have Been Turned Away At The Canadian Border Since March

Concerns are heightened after 46 Quebec schools confirmed at least one case of COVID-19 since restarting.

The cases have been found across multiple facilities, including preschools, elementary schools, secondary schools and adult career centres.

That said, Lecce is urging residents of Ontario not to draw possible parallels.

"We have unique differentiators in this province that they do not," he said, adding, “Not all things are equal."

He explained that Quebec has not made masks mandatory in classrooms, and doesn’t have the same plans to station hundreds of public health nurses in schools.

While he says the province is prepared, he also urged parents and students to be vigilant when it comes to any possible COVID-19 symptoms.

Speaking about similar concerns back in August, Premier Doug Ford admitted that COVID-19 cases are likely to increase when schools reopen.

“To say 'I'm confident no one's gonna catch the virus' is just not realistic,” he said.

However, the Premier has said in the past that he "won't hesitate" to shut down schools again if a serious spike in cases occurred.

Despite the concerns, it seems the Prime Minister has decided his children will go back to class this year.

After initially admitting he was unsure whether they’d return, he shared a sweet message on his kids’ first day back, acknowledging that things were going to be pretty different for the time being.

Trudeau confirmed that factors such as class sizes, mask-wearing and the school’s specific plan were all considered.

On September 5, the province confirmed 169 new COVID-19 cases in Ontario. This is the highest daily increase in six weeks.