That's a lot of brisket. 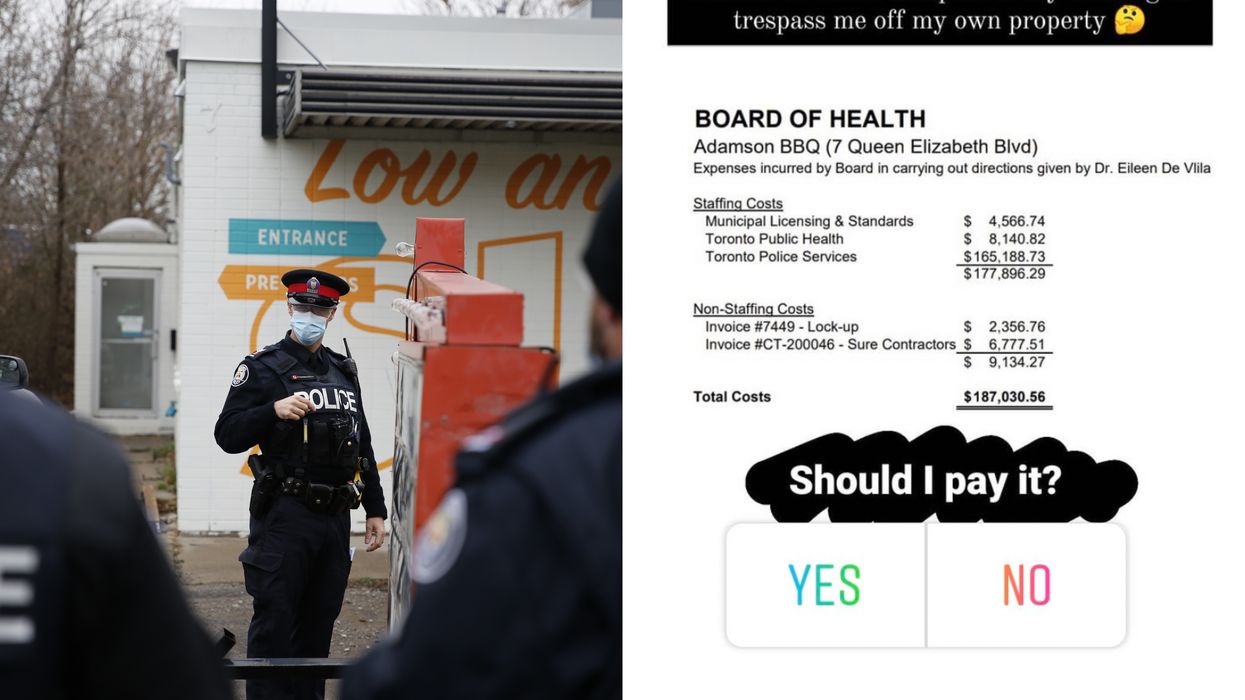 The City of Toronto is billing the owner of Adamson Barbecue for the amount of money it cost them to close his restaurant and keep it closed.

The city reportedly sent owner Adam Skelly an invoice for $187,030.56 after he defied public health orders and opened his restaurant to dine-in customers in November 2020.

The invoice was posted on Adam Skelly's Instagram story on Saturday, February 20, and he told Bright Light News that the city originally sent him the bill and gave him a deadline of December 31.

According to Skelly's screenshot, the bill includes a $4,566 fee for "Municipal Licensing & Services," $8,140 for Toronto Public Health, and a whopping $165,188 for Toronto Police.

Skelly posted the invoice with a poll attached, asking his followers if he should pay the fine or not.

A representative from the City of Toronto did not confirm to Narcity if the amount of money posted by Skelly was correct.

But they did confirm the city is in the process of recouping its costs that resulted in enforcing the public health regulations, including the cost of police, locksmiths, and building closure.

Skelly has already received nearly double that amount from a GoFundMe that was set up for him in November.