The app will be available across Canada in February! 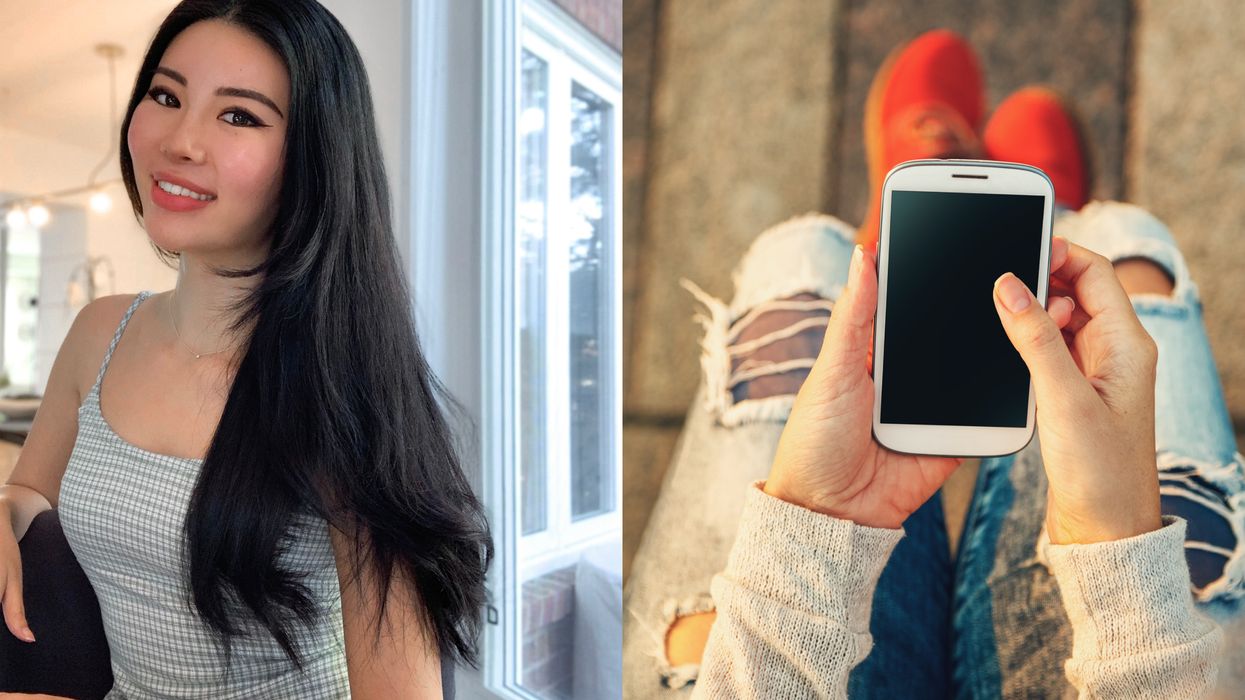 A new online dating platform wants to end swiping for good by prioritizing connections over appearances.

The Heartcade dating game is like a virtual blind date, where users are matched and have conversations before their identities are revealed.

It will be launching across Canada this February and is free to use.

The app was created by Amy Ge, a Toronto local and current law and MBA student.

Ge, who was recently featured in Toronto's own dating reality show, Love After Lockdown, chatted with Narcity about the new platform, and how it creates that special connection.

How does it work?

The debut dating game on Heartcade, called Mystery Date, is all about making meaningful connections without superficiality.

You'll be matched with potential candidates, but the unique part is, you won't know what your matches look like.

"You don't reveal each other's identities until you've had a chance to chat with each other... and build up a genuine connection, and then you can choose whether or not you want to reveal yourself to the other person," Ge explained.

"If both people say, 'yes', then it's a True Match, and you see their whole profile and keep talking from there."

How is it different from other apps?

"The idea behind Heartcade is that we are trying to end swiping," Ge said.

"You get tokens that you can spend on cool avatars... and you get tokens for consistently messaging people, or not ghosting people. We try to reward like good behaviour."

Then, of course, there is the blind part of the game.

"Instead of seeing if you like someone's looks first before you get to the personality, we're prioritizing personality before the pictures."

Ge explained that if you are unattracted to the person at the end, you can still choose to unmatch.

"At least try to get to know that person first, that's all we're asking."

Why is it relevant now?

Ge said she first began to formulate the idea of a dating game in April 2020, when the pandemic had just begun.

"There was a huge surge in online dating because everyone was trying to try to make connections."

She felt that there was so much pressure on traditional apps, such as swiping through hundreds of profiles.

Ge feels that Heartcade slows down the overwhelming process of today's online dating world and focuses on making connections.

"Even if you don't find someone, I guarantee you, you'll have a great chat with someone regardless."

When: Launching in February 2021

Why You Need To Try It: The unique mystery dating game focuses on making a connection before knowing your match's identity.