So much love behind the scenes. 🥺😍 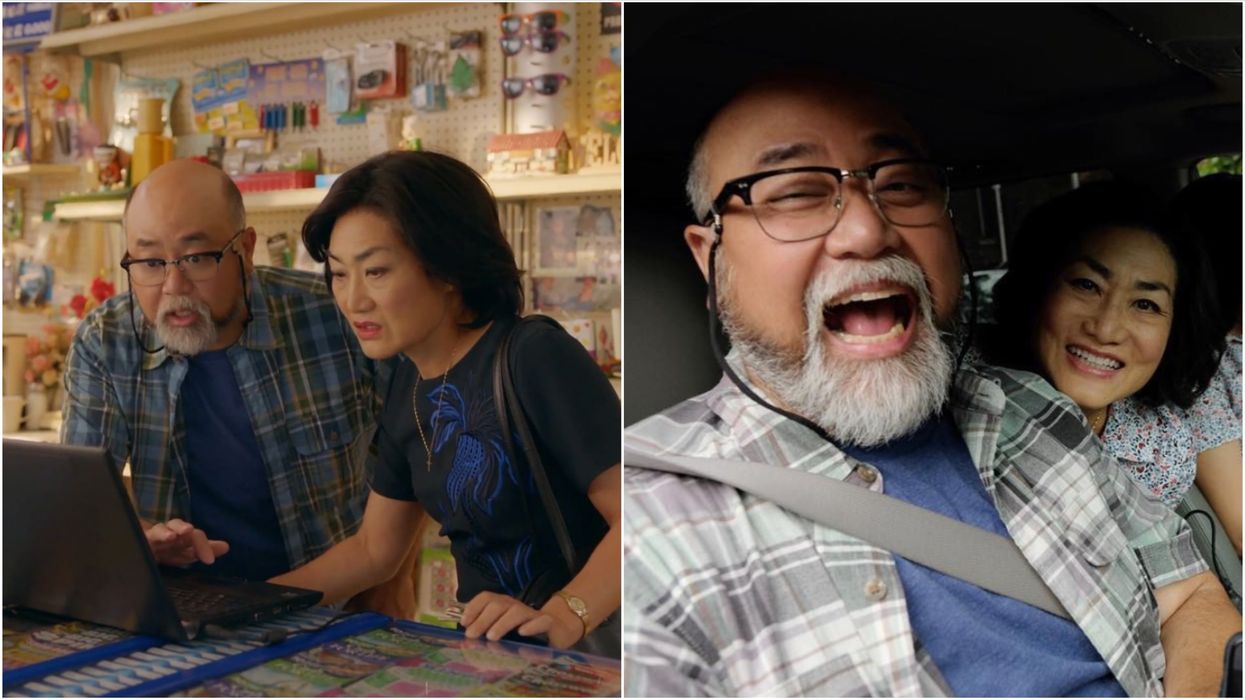 If you thought Mr. and Mrs. Kim were an adorable duo — wait until you see Paul Sun-Hyung Lee and Jean Yoon.

Appa and Umma from Kim’s Convenience may not be married in real life, but they still totally adore one another.

In a tweet shared over the weekend, Yoon shared exactly what it’s like to work with Lee and her message is pretty wholesome.

Tagging Lee in the post, she wrote, “I've said it many times before, but it bears repeating. [Appa] is the BEST TV HUSBAND a girl could ever hope for.”

Moments before, Joon had explained how she’d been able to go to work in her pyjamas on Saturday as she was shooting “a bedroom scene.”

She described the Kim’s Convenience set as having Halloween treats everywhere, as the cast continues to film season five.

Speaking to Narcity last month, Lee told Narcity just how much his cast members mean to him, too.

He admitted that COVID-19 is preventing him from giving them big hugs right now, but said he’s “making eye contact with people, calling their name and bowing to them,” instead.

“It's the closest substitute I can get and it's wholly unsatisfying, but it's better than nothing," he explained.

Lee also revealed that he’d like to see the Kims adventure around Toronto a little more. Perhaps to a baseball game, Casa Loma or even “the wholesale.”