"We know you can do better, Ontario." 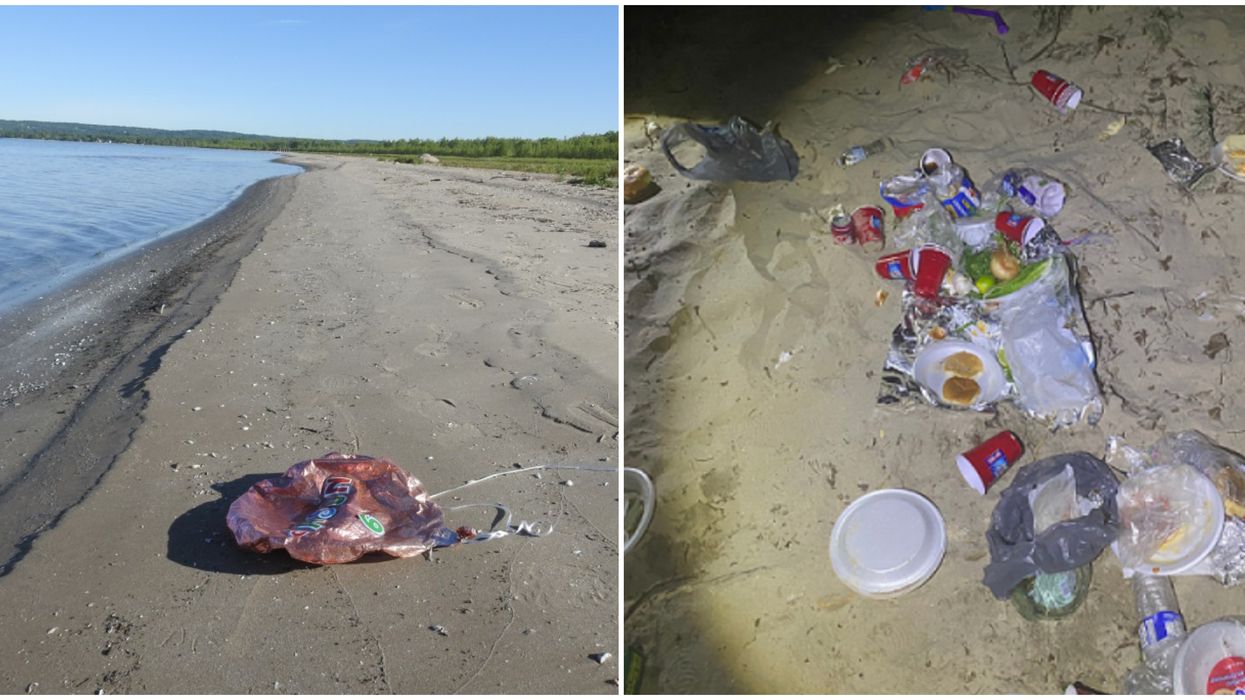 Visitors are leaving more than footprints in the sand at beaches in Ontario. Littering at Ontario's provincial parks is on the rise, and staff are having trouble keeping up. The parks are asking visitors to "leave no trace" next time they spend a day at the beach.

Imagine spending a sunny day in the great outdoors, surrounded by sand, water, and... trash.

Ontario Parks are reporting a spike in the amount of littering at beaches, and the photos say it all.

Disposable cups and plates, water bottles, boxes of pop, and food can be seen scattered about the sand.

The images were captioned, "Our staff recently came across this mess on a park beach…"

Many parks are facing so much trash, employees are unable to clean it up fast enough.

"We know you can do better, Ontario," the parks said in a blog post about proper beach etiquette.

"If you don’t appreciate people leaving garbage in your backyard, don’t leave it here!"

The blog post asked people to dispose of any garbage in designated receptacles and to take larger items home.

Toronto has also seen its beaches and parks covered in trash over the last few months.

People found littering in these areas could face up to a $500 fine.

Every year, Ontario Parks welcomes millions of visitors to over 330 parks.

Beachgoers have recently caused huge lines as they flock to these serene areas to soak up some summer sun.

In the beach etiquette blog post, the parks also suggested visiting during the week, as many areas hit capacity early on weekends.

Other things to be aware of when visiting include respecting beach vegetation, practicing physical distancing, and leaving alcohol at home.

"We're all in this together," Ontario Parks stated at the end of the blog.

Next time you spend a day at the beach, double-check to make sure you haven't left anything behind before heading home.