This has got to be the most creative way to sell a house. 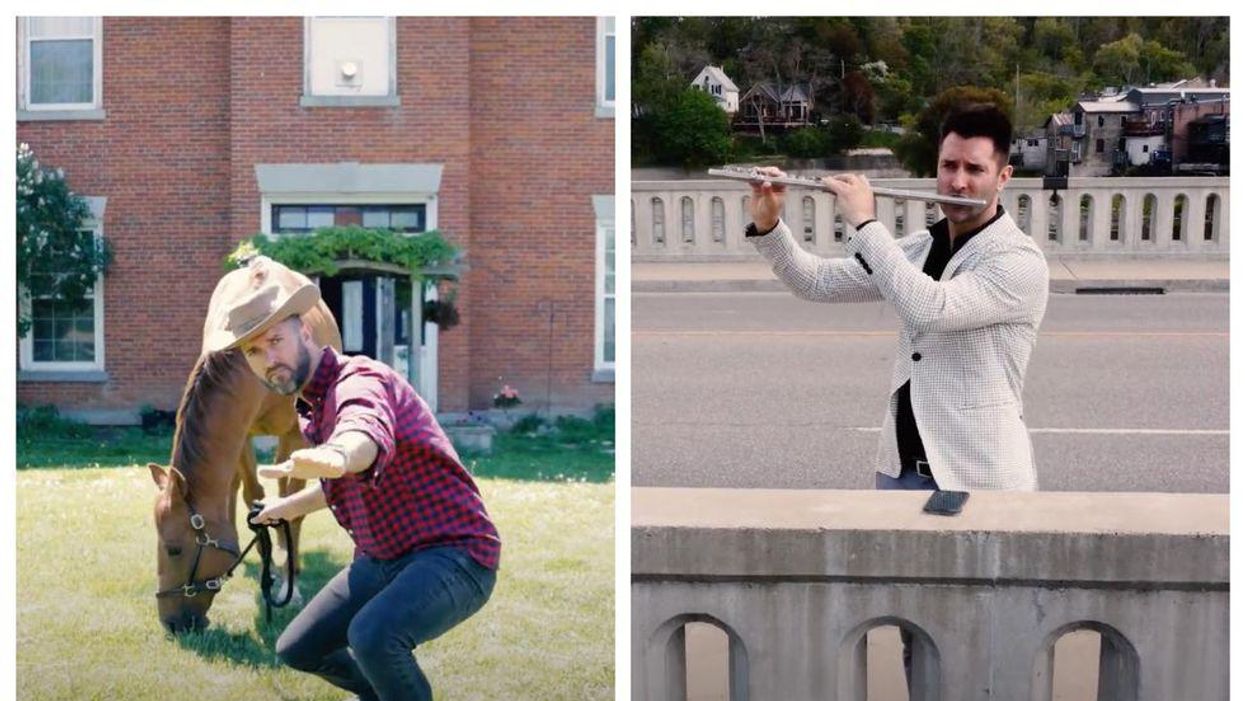 Virtual house tours may not sound particularly exciting, but this Ontario real estate agent's videos will make you want to get up and dance.

Greg Sykes is a real estate agent in the Niagara area, and he's been making music videos as a unique way to present his listings.

From hopping on horses to flute-playing on a bridge, you can't help but smile at his spoofs and all-too creative rhymes.

Sykes filled Narcity in on all the details about this hilarious new take on house tours and how the parodies came to be.

How did you come up with the idea of making music videos?

Prior to working in real estate, Sykes had a career in music and even travelled the world as part of a band.

"How do you really bridge music and real estate?" Sykes says. "But when COVID happened, I was limited. It was tough to get into homes and to get people into homes [...], and I didn't love the virtual tour thing that became a fad."

After his friend who works as a videographer suggested he start making videos, Sykes began creating clips for all of his listings.

"Even if the house was funny looking, I would just feature the neighbourhood or a tree in the front yard that I thought was worth talking about and [...] it escalated into singing in one of my videos."

What songs have you done parodies of so far?

Sykes recently did a rendition of Celine Dion's "My Heart Will Go On" from Titanic, and while he says Dion hasn't seen the video yet, it's pretty Oscar-worthy.

His latest video is a reimagining of "Old Town Road" by Lil Nas X, which fittingly features a farmhouse.

"It's next-level silly but it's also informative, and it gives a full tour of the property," Sykes says, adding that he even rented a horse for the shoot.

"I walk a horse all the way around the property and I'm singing and showing off what you can grow there and playing with the sheep and a pig."

Are your music videos helping you sell more houses?

Sykes admits that his approach "may not help sell the house, but it definitely gets people talking."

"I want people to get the top dollar they can for their home, and so many consumers are just on their phones all day long, so why not give them something fresh to look at when they're scrolling through thumbnail after thumbnail of houses?"

He's received some positive feedback from buyers too, and while he doesn't know if the video influenced their decision, he did say that they "freaked out and loved the video."

"It's what I love to do, to create and sing and perform, and then to fuse that in a way to freshen up real estate, it's been fun."

This interview has been condensed and edited for clarity.