Another Huge Storm Is Coming For Ontario With Intense Hail & Winds

Wednesday's weather is going to be total chaos. 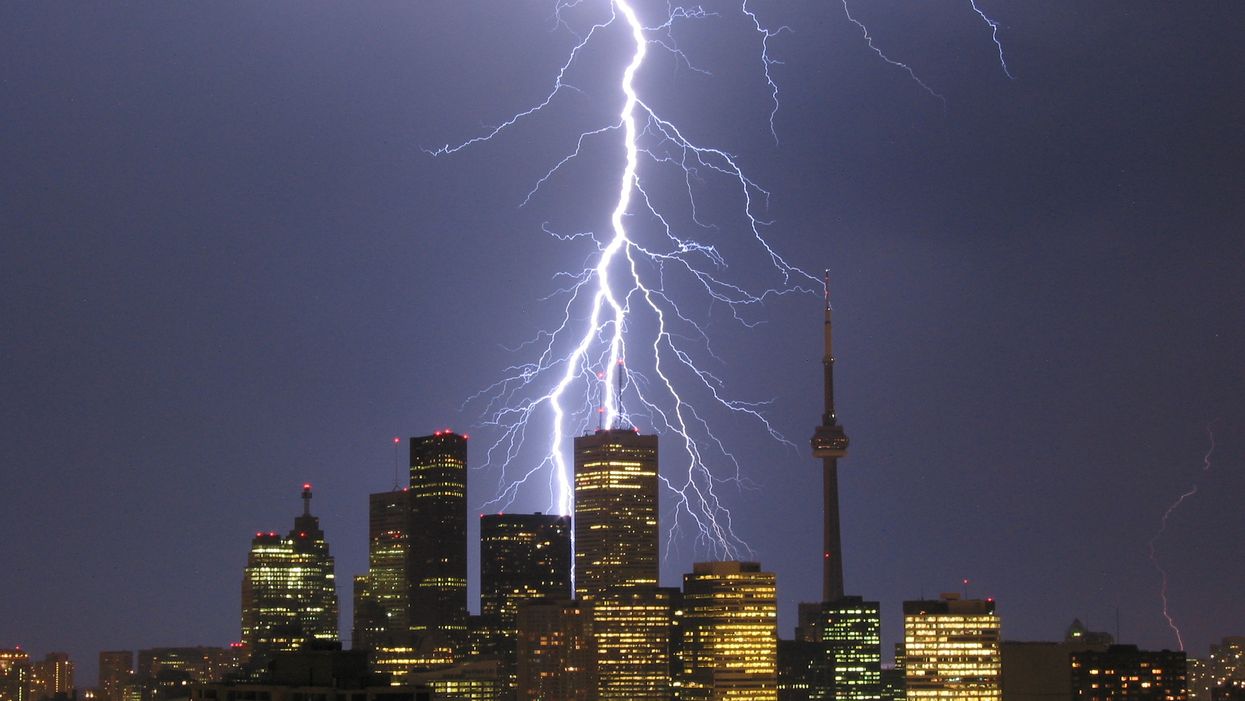 Ontarians, get your umbrellas ready. A storm is moving into the province on Wednesday and it's expected to be chaos. With strong winds, hails and heavy rain, Ontario's weather forecast will have you spending most of your day indoors.

While the province is enjoying a much-needed cool-off from last week’s heat, it’s not expected to last.

Editor's Choice: Canadian Secret Services Are Hiring People Who Speak Any Of These 5 Languages

Tuesday will see daytime highs in the upper 20s, according to The Weather Network.

However, temperatures and humidity are expected to shoot back up on Wednesday, which is set to be a gloomy day.

Rain can be expected to start overnight Tuesday and into Wednesday morning, with thunderstorms entering the province by the afternoon.

“The bigger risk for thunderstorms comes in the afternoon, however, as the system's cold front is set to slice through, with the biggest risks being strong winds, heavy local downpours, and small hail,” TWN states about Wednesday’s forecast.

“People will experience this system's effects somewhat differently depending on location, with some people seeing this second round so close on the heels of the morning showers as to not see much of a break."

In the GTA and Barrie areas, residents can expect to see two distinct storms throughout the day.

Rain will be seen in the morning and afternoon, but there is forecasted to be a break in between. So you may be able to run some errands between the storms.

By Saturday, Toronto's heat is going to return in full force, so you can swap out your umbrella for some sunscreen.

Residents can expect to see temperatures around 30 C that will feel more like 36 C.

Ontario has been no stranger to raging storms this month. In fact, a severe thunderstorm and two tornadoes tore through the province over the weekend.

NOW WATCH National outlook: Heat for both coasts and some severe weather possible in between