"The cockroaches are a first step in many that are about to happen." 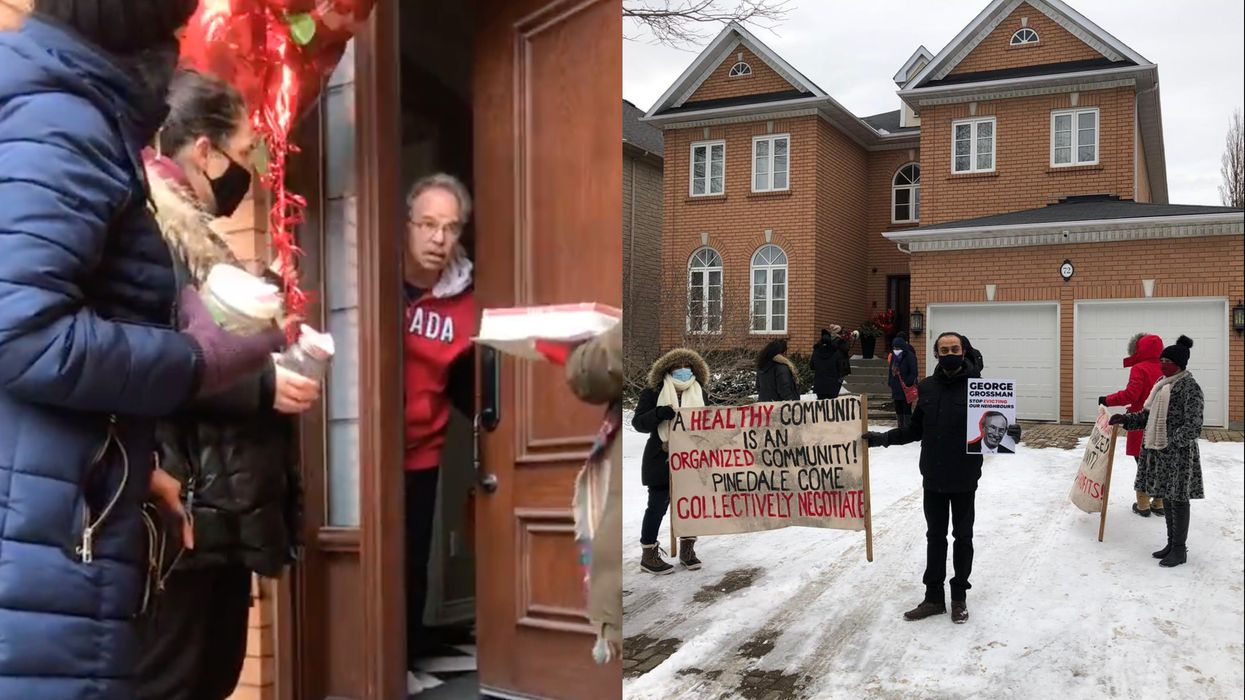 A group of Toronto tenants took their complaints about evictions and building conditions straight to their property management company.

On Monday, February 15, members of the Crescent Town Tenants Union brought cockroaches they allegedly caught in their buildings and dropped them on the front porch of Robin Bookbinder, the VP of Finance at their building's management company.

Editor's Choice: 6 Major Chains That Are Adding New Locations In Ontario This Year

Sam Nithiananthan is a member of People's Defence TO, a community group dedicated to organizing tenant unions in the city.

In an interview, Nithiananthan told Narcity that Pinedale Properties refuses to address concerns about bedbugs and cockroaches in the buildings they own while pressing forward with evictions.

As a result, Nithiananthan said tenants were forced to confront Bookbinder at his house.

"[Tenants] delivered the cockroaches to him alongside nice little heart balloons to say, 'This is the conditions that you put us and our families through," he said.

The cockroaches were all collected from Pinedale Properties buildings, Nithiananthan said.

In the video, a man can be seen peeking his head out of his front door and expressing incredulity at the demonstration.

"Are you kidding me? You came to my house?" he asks, before rolling his eyes and shutting the door.

Narcity reached out to several people at Pinedale Properties for comment but did not hear back before publication.

According to Nithiananthan, Ontario's Landlord Tenant Board ruled today that the Crescent Town Tenants Union could represent themselves collectively — rather than as individuals — when it comes to eviction hearings.

It's an "unprecedented" decision, said Nithiananthan, and it comes at a time when more and more people are protesting what they call an "eviction blitz" across Toronto.

And they're not just stopping with insects, apparently.

"The cockroaches are a first step in many that are about to happen," he said.