He even told the celebs how to find his phone number. 😂 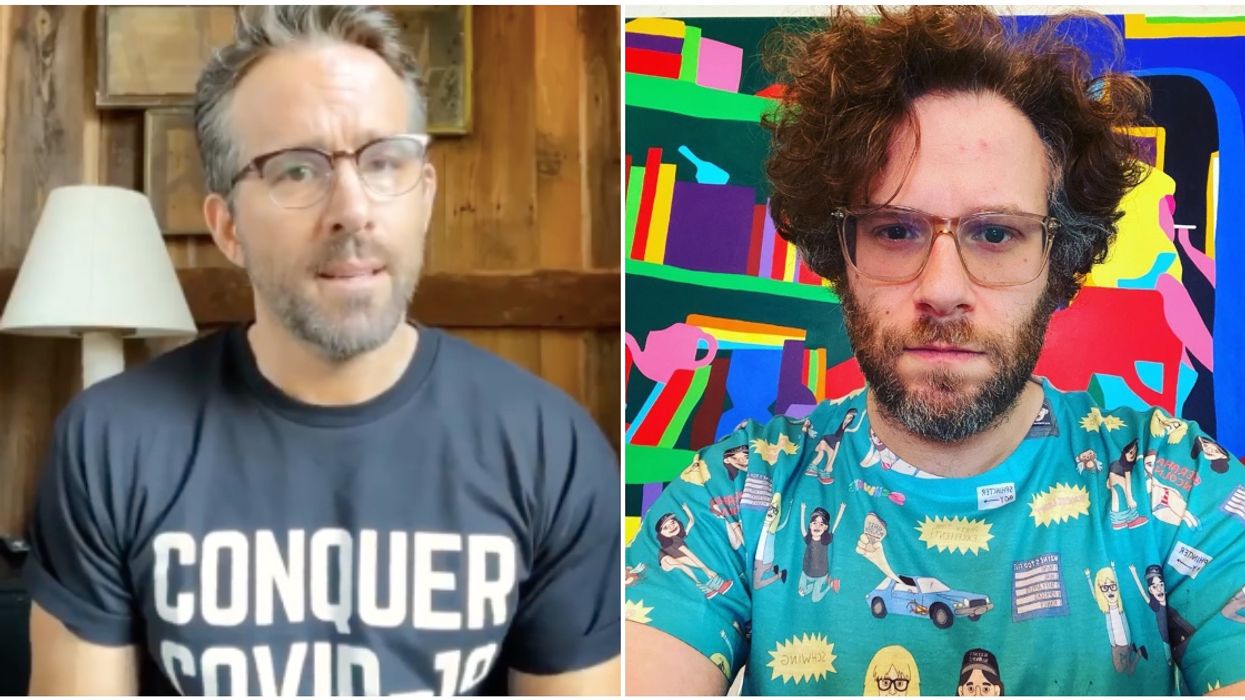 During a press conference on Wednesday, August 12, Premier John Horgan made a call to two very popular Canadian actors asking for help. Ryan Reynolds and Seth Rogen were both asked by the official to help spread COVID-19 safety awareness. There’s been a recent growth in COVID-19 numbers and officials need all the help they can get.

Everyone who’s Canadian knows and adores Reynolds and Rogen.

Editor's Choice: Surfers In BC Accidentally Found A Dog In A Cave That Has Been Missing For 3 Months

Growing up in Vancouver, these two actors got their starts early on with productions like Freaks and Geeks and Hillside.

They’re now recognized for some pretty major roles in films including Deadpool, Superbad, and Kungfu Panda.

Due to their large following, the premier is now asking them to help out with telling young people to stop partying, to start social distancing, and to wear their masks.

During a question period of the recent press conference, someone asked Horgan what plan he had in mind when it came to informing young people about COVID-19 cases.

"This is a call out to Deadpool right now," Horgan said in response.

He then told Reynolds to get a hold of him and to find his phone number on the internet so they could make a game plan.

The premier then called on Rogen, “another outstanding British Columbian,” to ask for help.

“We need to communicate with people who aren't hearing us. The two of you alone could help us in that regard,” said the official.

While these two celebrities were his first pick, Horgan did note that this wasn’t the province's only plan and that they also have a “host of other options available” when enlisting other well known Canadians to get across this message.

During recent press conferences, the premier has been calling people out for their questionable behaviour.

He even called some restaurant-goers in B.C. “idiots” after they made staff cry because they didn’t want to follow the health and safety rules.

The latest data provided by the BC Government says that there are eight people currently in the hospital with COVID-19. To date, there have been 551.

With 85 new cases, there have been a total of 4,196 confirmed cases in the province.

There has recently been a surge in cases as Canada Day long weekend brought an influx of cases to places like Kelowna.

These exposures were in popular bars and restaurants including a strip club.