Where is it and how fast can we get there? 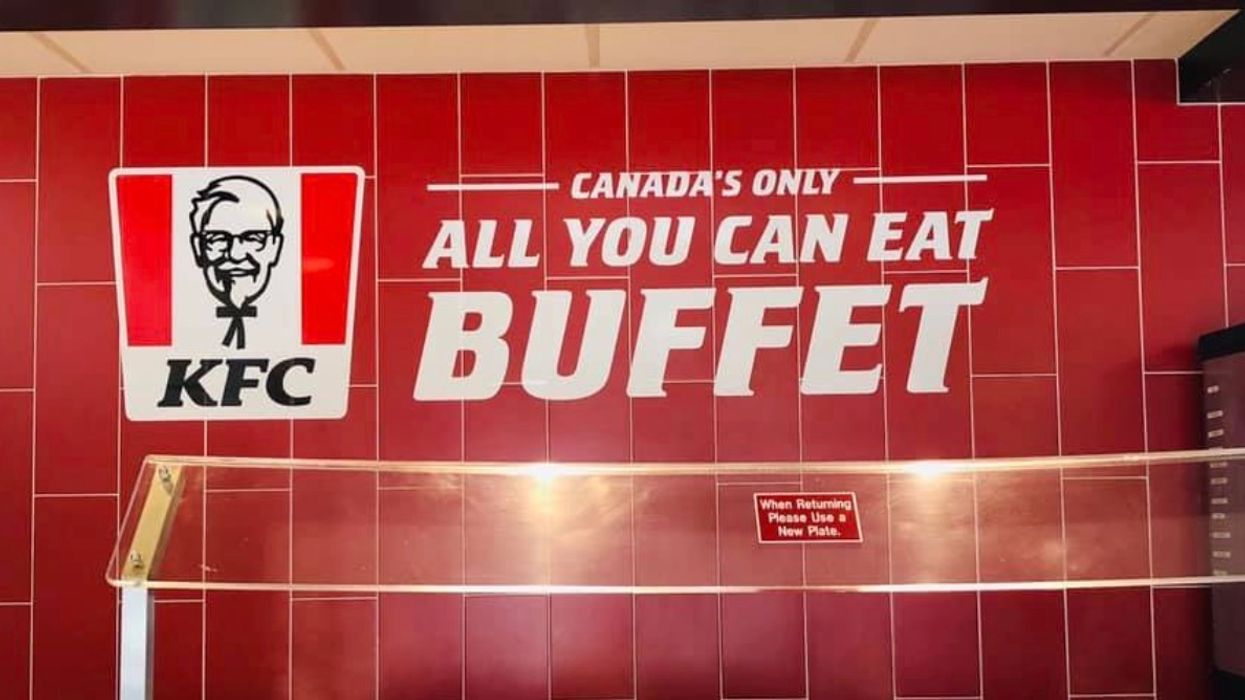 Imagine if you will, being able to eat as much Kentucky Fried Chicken as you want, along with all of your favourite sides. Now prepare to have your mind blown, as we tell you that there is actually an all you can eat KFC located in Canada. You might have to road trip to get there, but wouldn't it be so worth it?

In the city of Weyburn, Saskatchewan, there's a location at 44 Sims Ave. that is operating one of Canada's only all you can eat KFC Restaurants. Another one in Humboldt does a lunch buffet.

Along with what everyone expects (chicken, of course), there are also all of the great sides you know and love: salads, fries, mashed potatoes, and the Colonel's famous gravy.

The location is well-known throughout the province. Even Alberta and Saskatchewan Premiers Jason Kenney and Scott Moe had a meeting there in June 2019.

Kenney later tweeted, "Wouldn’t be able to properly see Weyburn, Saskatchewan without stopping at the legendary KFC buffet with @PremierScottMoe If you can KFC buffet together, you can work together. 🍗"

However, the future of the Saskatchewan staple hasn't always been safe.

Weyburn residents had to rally together in 2016 after hearing that their beloved buffet could possibly be closed by parent company Yum! Canada.

Citizens banded together to help save the location. Even then-premier Brad Wall showed his support for the beloved eatery.

"The last KFC buffet in the world in Weyburn, SK is being shut down? RT and say NO @yumbrands #SaveWeyburnKFCBuffet" Wall tweeted on May 24, 2016.

Luckily, the location was kept up and running, and even underwent a fresh renovation before reopening in April 2019.

The last KFC buffet in the world in Weyburn, SK is being shut down? RT and say NO @yumbrands #SaveWeyburnKFCBuffet https://t.co/UMVuJ4RLB5
— Brad Wall (@Brad Wall)1464104068.0

"We're very proud of how the store looks, and we finally got our image, and our number one thing is we’re very proud to have the KFC buffet on with KFC Weyburn," franchise owner told Discover Weyburn.

It might not be in your neck of the woods, but if you're ever passing through this small Saskatchewan town, make sure to stop in and get your fill of fried chicken.

Eat and Drink Canada
Discover Narcity
Get the latest and greatest stories every day in your inbox.