You don't need a mask if you're at the gym, for one. 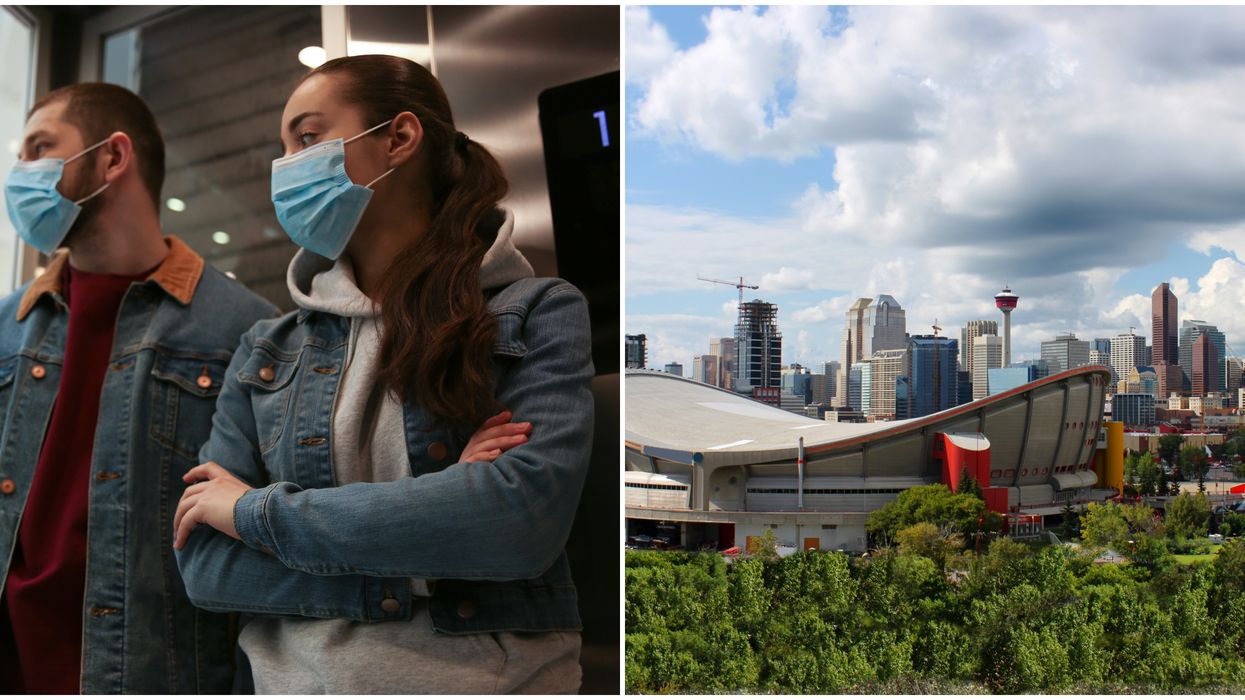 You'll be seeing a whole lot less of people's faces come August. On Tuesday, July 21, the City of Calgary announced that they're making face masks mandatory in all indoor public spaces, including transit. But Calgary's mandatory mask bylaw does have a number of exceptions.

But the City of Calgary mentioned in their press release there are a lot of reasons that someone can get away with not wearing a mask while they're in an indoor space.

The exceptions include children under the age of 2, people with "underlying medical conditions" or those who have disabilities preventing them from wearing a mask, as well as those who are unable to place or remove their mask without someone else's assistance.

If you're engaging in some sort of a physical or fitness activity, you don't have to wear a mask indoors.

Plus, if you're eating and drinking in indoor public premises, you don't have to bother with a face-covering either.

Those who are "caregiving for or accompanying a person with a disability where wearing a face covering would hinder the accommodation of the person’s disability" are also included in the exceptions list.

Finally, if you absolutely have to remove your mask while providing or receiving a service, such as going to the dentist, then it's okay for you to do so temporarily.

"This is not about enforcement, it is about educating people first. We’re trying to get the public to comply during what could be a worsening situation that may be coming if we can’t respond within the next six to eight weeks," said Tom Sampson, the Chief of Calgary Emergency Management Agency.

As per the press release, the city is more focused on educating locals on wearing a mask rather than enforcing the bylaw.

But the release also mentions that not wearing a mask at an indoor public space can carry fines between $100 and $200.

Businesses are also expected to display extensive signage around their premises about the face coverings.

Failure to have signage on this will also carry fines up to $200.

According to the city, 74% of the locals are supportive of mandatory face masks in public and "confined spaces."

"With businesses reopening, more social interactions and the number of cases increasing in Calgary, these additional measures will better mitigate a potential resurgence being experienced around the world," said Kay Choi, a manager of Calgary Community Standards.