"They have experienced first-hand the greatest disruption to education." 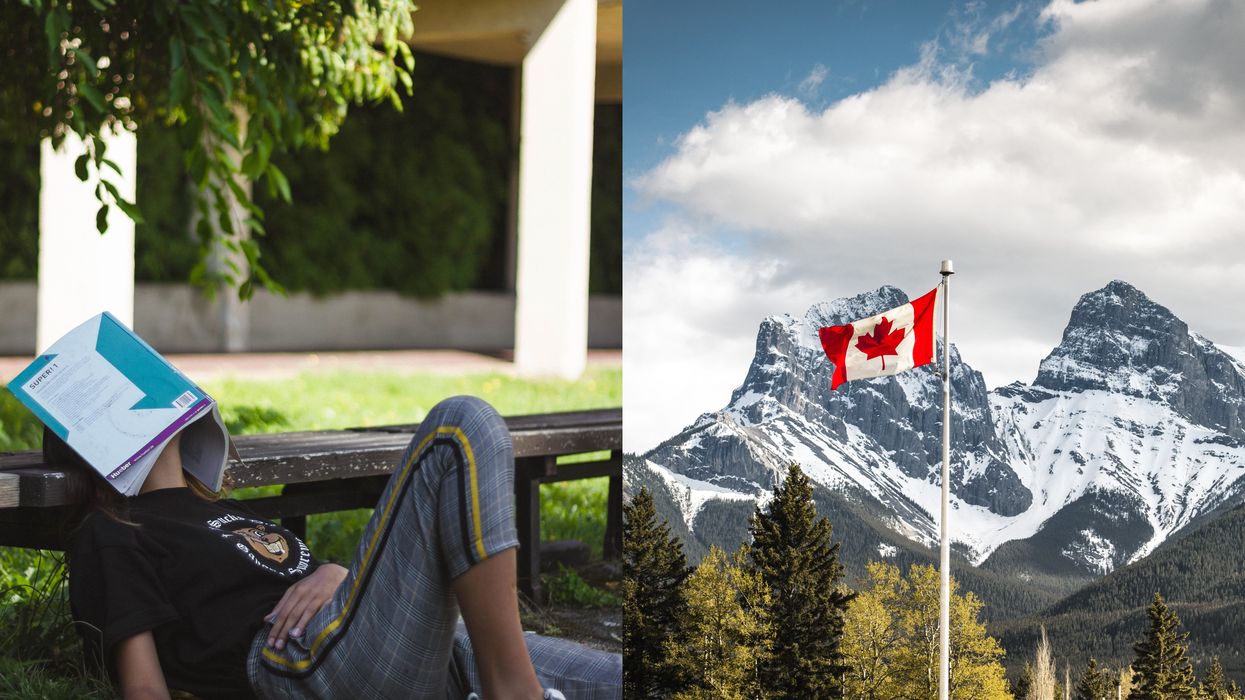 Canada just ranked among the top countries in the world where students reported their mental health was suffering because of the pandemic.

A global study by Chegg.org, a tech company, commissioned a survey of nearly 17,000 undergraduate students between 18-21 from 21 countries around the world. Of those students, 1,007 were from Canada.

Editor's Choice: A Bunch Of Dr. Seuss Books Are Being Pulled Because Of 'Racial Stereotypes'

"One thing that unites students around the globe is that they have experienced first-hand the greatest disruption to education the world has ever known," Dan Rosensweig, President and CEO of Chegg said.

They found that disruption is taking a toll on mental health.

How did Canada compare to the rest of the world?

Canada ranked at number three in the world on the following question: "To what extent do you agree or disagree with the following statement: My mental health has suffered during the period of COVID-19", as 73% of Canadian students surveyed said their mental health took a major hit throughout COVID-19.

Brazil came in at number one with 76% of students reporting mental health struggles. The U.S followed suit with 75%.

Here are the top 10 countries in which students reported the greatest mental health struggles around the globe:

What are the key reasons behind their mental health issues?

According to the study, there are a number of reasons why undergraduate students are suffering when it comes to mental health, including feeling overwhelmed by their financial situation.

The report indicated that 83% of Canadian students said they would be okay taking more online courses if it meant that tuition fees would decrease, which is more than any other country surveyed.

The study also found that 45% of students carried some sort of debt or loan and 48% of them actually lost sleep as a result. Moreover, 27% said they have been so anxious they needed medical help.

Half of the undergraduates surveyed also reported struggling to afford living costs in the last year, including paying utilities, food, rent and medical bills.

However, the grim reality goes deeper as the report said 19% of Canadian students have thought of ending their lives, while 13% reported that they actually self-harmed.

Additionally, 4% of Canadian students surveyed said they have attempted suicide.

Overall, 76% of Canadian undergraduates say their stress and anxiety have increased.

What else did the study find?

In the study, students got real about the biggest issues they believed their generation was facing aside from school, which ranked climate change as number one.

The next major issues they were facing were "the rich getting richer" and the "poor getting poorer."

"Across the world, students have told us loud and clear that the biggest issues facing their generation are access to good quality jobs and growing inequality," Lila Thomas, Chegg’s Director of Social Impact said.

"Addressing these challenges is more important than ever in the wake of the economic devastation wrought by COVID, and education is the key."

If you or anyone you know is struggling with depression or mental health concerns, please reach out to a trusted peer, parent or health care professional. You can also contact a helpline which is available 24 hours a day to talk. Or click here, for additional resources.