Keep an eye out for opening dates. 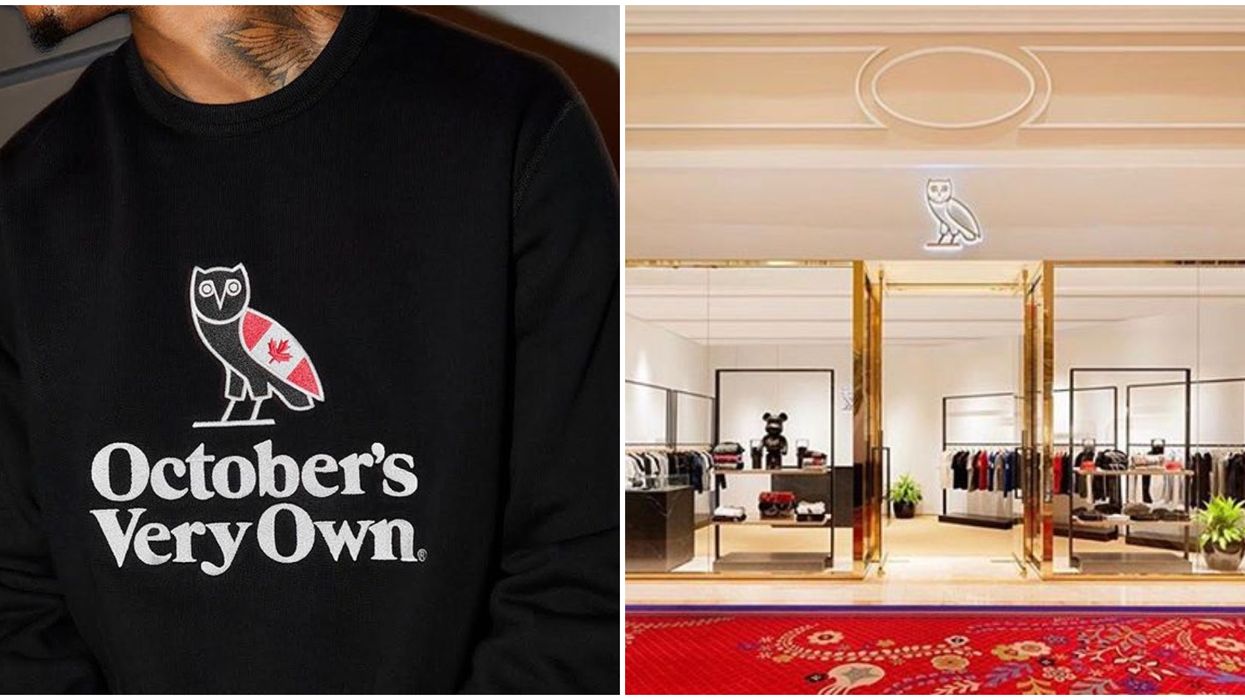 Get ready to shop! A new OVO store in Canada is opening soon at a mall in Ontario and a second new location is coming to Alberta too. Though grand opening dates for the stores haven't been announced yet.

For anyone in Ottawa and Calgary who loves Drake and the October's Very Own fashion brand, two new retail locations are coming soon to malls in those cities.

Once those spots open, people there can finally get their hands on the brand's styles in person.

In the country's capital, the new store will be in the Rideau Centre.

It will open up between the Apple Store and Aritzia on the second level of the mall and will be a massive 2,520 square foot location.

Out west, OVO is coming soon to the Chinook Centre in Calgary.

According to Retail Insider, this location will be on the mall's main level near Louis Vuitton.

It'll be slightly smaller than the one in Ottawa with 2,300 square feet of retail space for people to shop the styles from the brand.

Exactly when these two new locations will open up hasn't been announced yet but the OVO store at Rideau Centre is already under construction.

With the opening of the Ottawa and Calgary locations, there will be seven of the brand's spots in Canada.

There are already ones in three Ontario malls along with standalone locations in Toronto and Vancouver.

OVO has 11 stores worldwide including the five current Canadain ones and others in the U.S., England and Japan.

The practice jerseys and other items in the collection were sold out in just 10 minutes.

While some businesses are closing locations, others like OVO are actually opening up stores.

Second Cup is doing the same and opening 14 "non-traditional" cafes in Canada over the next 18 months.