These views are on our doorstep! 🤯 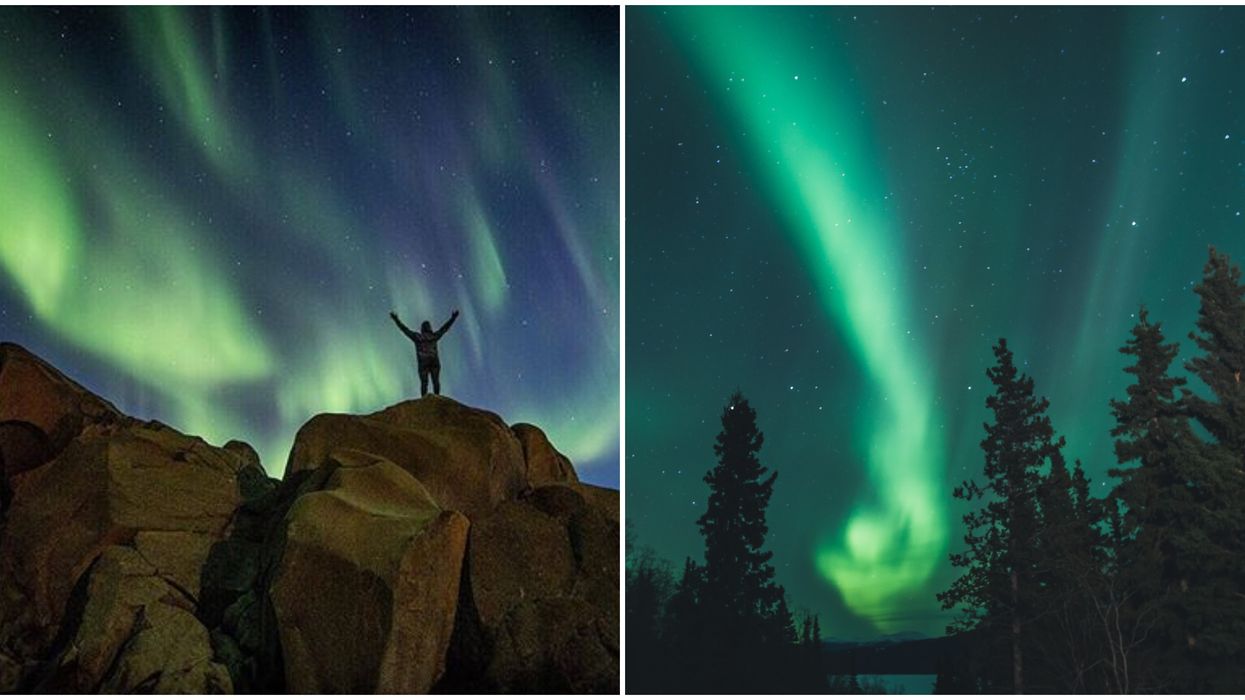 Now, this is one for the bucket list. If you've ever dreamed of getting up close and personal with the aurora borealis, you'll be glad to know there are many places to see the northern lights in Canada. Some of the spots are way up north though, so you'll have to bundle up!

The aurora borealis is a stunning natural sight that lights up Canadian skies.

Editor's Choice: Canadian Secret Services Are Hiring People Who Speak Any Of These 5 Languages

While your best chance at seeing the northern lights is during the winter months, you can actually start spotting them as early as the end of August and throughout the fall.

The twinkling lights become more visible when the days start getting shorter because the sky is darker for longer, letting the glow of the aurora shine.

Sometimes this natural phenomenon is visible in southern parts of Canada when there's intense solar activity, but you should really be up north if you want to witness the brightest show.

The closer you get to the auroral oval, a zone that circles the north pole, the easier they are to spot.

The Canadian Space Agency recommends always checking the weather forecast before you head out, because cloud cover could prevent you from seeing the northern lights.

It also helps to get as far away as possible from light pollution.

If the northern lights are on your bucket list, consider heading to these breathtaking Canadian spots!

Churchill is in the auroral zone, so it's a prime viewing spot for this blue and green sky-show. Plus, the lights are visible for up to 300 nights every single year.

If you can't get out to Churchill, Polar Bears International actually has a live stream of the northern lights, so you can watch the skies from the comfort of your couch.

With its isolated location on Lake Huron, Manitoulin Island is an ideal location to catch this glimmering natural phenomenon.

It's hidden away from big cities, and the light pollution that comes with these areas, which makes it so much easier to spot what's dancing across the sky.

When trying to spot the aurora borealis in B.C., it's not only important to get away from city lights but also to escape the classic cloudy coastal weather.

Picking a spot that's both northerly and inland, like Fort Nelson, is a really good idea. The darker the sky, the better!

Your best chance at seeing the aurora is to go as far north as possible, and Canada's territories are in the perfect sky-watching zone.

Between the fall and spring, the northern lights are a regular sight in Whitehorse so it's the place to be for all aspiring stargazers.

It's a permit-only spot here, but if you can secure access it's worth it because of how northern the location is. You'll be seriously stunned when you see the auroral displays from here.

The only national park in P.E.I is in Dalvay by the Sea. Plus, it's got a Dark-Sky Preserve Designation so you're almost guaranteed to get spectacular sights here.

You'll be able to lounge on the beach and watch the northern lights dance over the Atlantic Ocean, and then see it all reflected in the water.

In Yellowknife, the auroral displays are so brilliant because the landscape is mostly flat, offering out-of-this-world views. Even better, almost every single night has clear skies.

If that wasn't enough, there's an Aurora Village in the city, too. It's an Indigenous owned-and-operated tourism business that lets you see the sights while surrounded by glowing Teepees.

Travel Canada
Discover Narcity
Get the latest and greatest stories every day in your inbox.
Load More Articles