Tampa Bay Will Feel Like The Hottest Place In America Today

The AC can't even keep up! 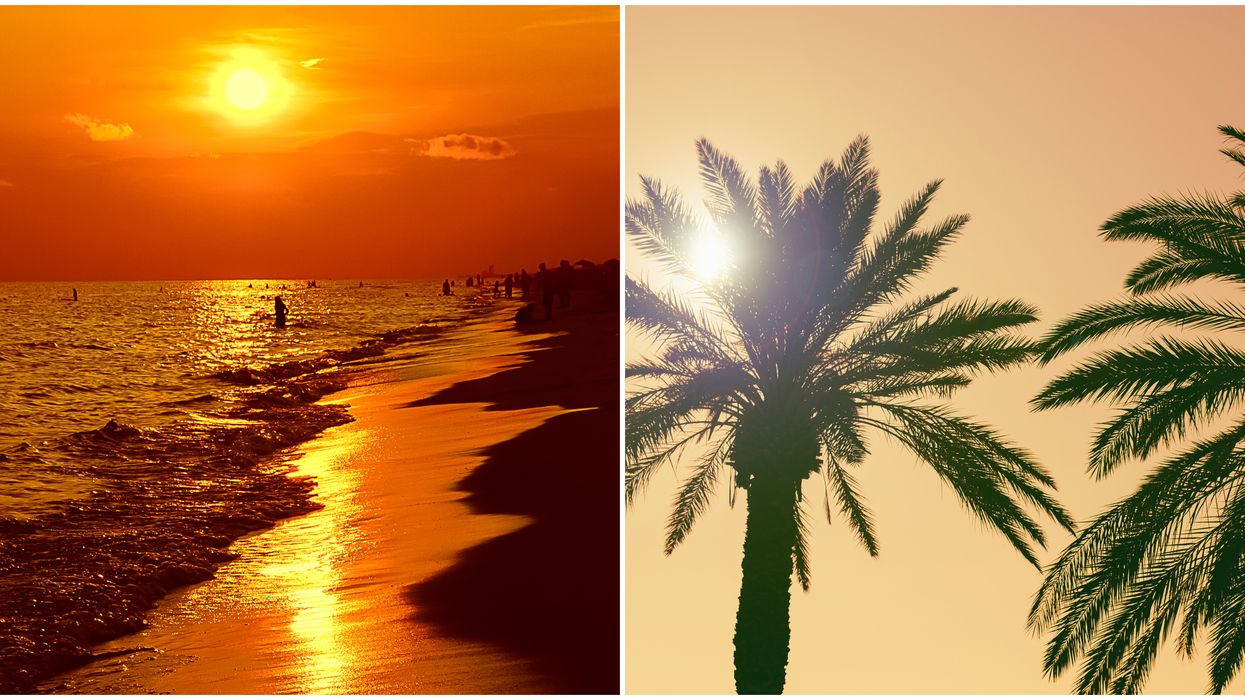 When you're not from the California area and think of Death Valley, images of bone-dry deserts, whistling winds, and maybe even a tumbleweed spring to mind. What probably doesn’t make you think of Death Valley is an image of Florida…except for maybe this week. Today marks the third day in a row that a heat advisory for Tampa Bay has been issued, and it'll be as hot as Death Valley.

The National Weather Service issued another heat advisory for the Tampa Bay area today, to stay in effect from noon until around 6 p.m. Heat index values are expected to rise over 110 degrees.

While the actual temperatures will hover between 98 and 99 F, it will feel around five to 10 degrees hotter.

For comparison, The Weather Channel forecasts temps for Death Valley to peak at about 114 degrees today, cooling off to a balmy 87 degrees in the evening.

A heat advisory is also in effect during the same times for Miami-Dade and surrounding counties.

The Weather Channel forecasts still winds, low chances of rain, and high humidity, only exacerbating that sweltering feeling. The chance of rain rises to about 25% later in the evening, which could bring some relief from the intense heat.

While the heat shows little chance of dissipating over the weekend, keep an eye out for some awesome sunsets caused by a massive "Godzilla"-sized dust cloud blowing in from the Sahara Desert.

Such intense heat and humidity could result in illness, so make sure you stay hydrated, stay in the shade if you are outside, or stay indoors as much as possible.

But if you need some outdoor inspo for keepin' it cool, Florida's got no shortage of gorgeous waterways.

You could make your break to take a dip in lusciously chilled springs, hit-up award-winning beaches, or even grab your crew for an escape to one of The Sunshine State's lazy rivers for a leisurely float downstream.

Hopefully, next week's 50% chance of thunderstorms will cool off the sizzling Sunshine State. And it never hurts to stay prepared; after all, it's still hurricane season out there!