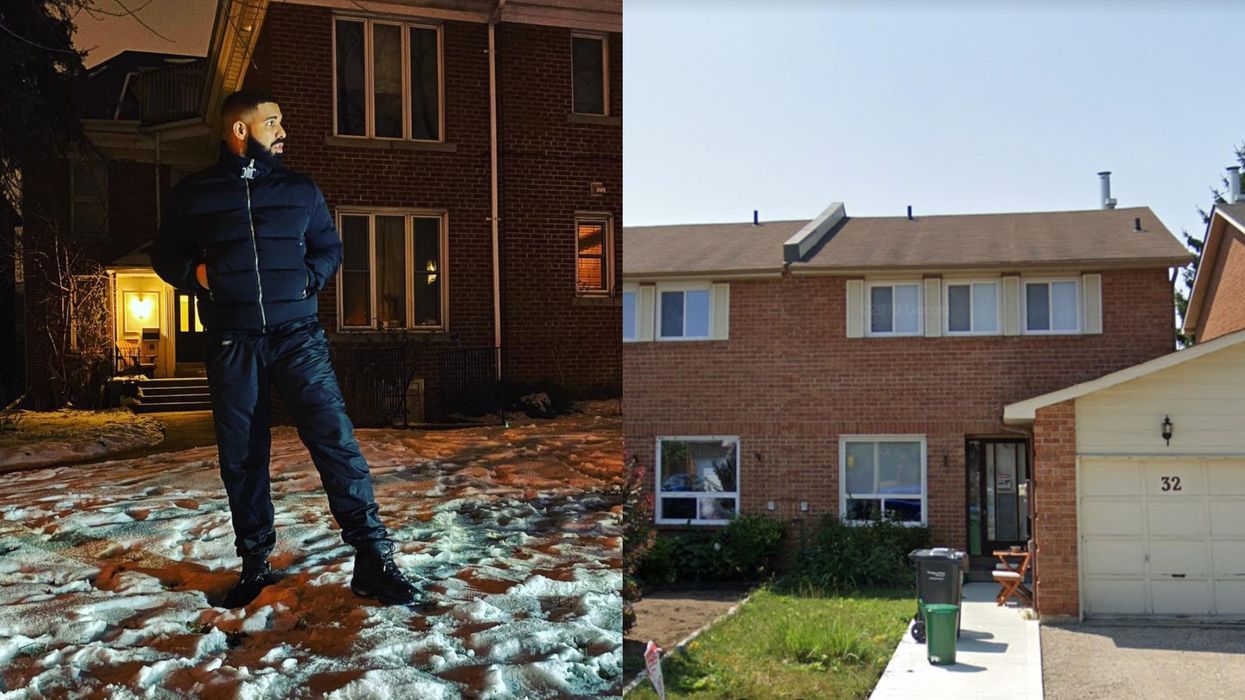 Some of the biggest stars in Hollywood hail from Ontario and based on the modest-looking homes they used to live in, it's clear that they've come a long way from their humble beginnings.

From Michael Cera's semi-detached house in Brampton to The Weeknd's teenage party pad in Parkdale, the childhood homes of celebrities from Ontario prove that they were once just like us.

Editor's Choice: 7 Photos Of Toronto Celebrities As Awkward Teens That You Can Never Unsee

In 2019, Drake posted photos of his childhood home with a number 6 on the door. He captioned it with, "Used to live in one of the units in this house with my mom. Address makes sense now."

Back in 2004, Drake took viewers into his home in a video for Degrassi Unscripted, showing off his basement digs in the house he shared with his family.*

In an interview with Yahoo News, he described moving from the Weston Road area to the Toronto neighbourhood of Forest Hill, saying his family only lived in such a wealthy part of the city because his mother "was willing to live far beyond her means for her family."

Justin Bieber's grandparent's home, located in Stratford, Ontario, went on the market in 2014 for just $279,900, according to The Toronto Star. The house features Justin's room, decorated in a full Maple Leafs theme — clearly, the star has been a Toronto hockey fanatic since day one. A realtor for the home described young girls coming by the open house, "squealing" when they entered the room.

According to The Toronto Star, Mike Myers lived at 3120 Sheppard Ave. E. when he was 18 years old. The house apparently served as inspiration in creating the suburban environments in Wayne's World.

The creative genius behind Saturday Night Live grew up in Toronto's Cedarvale area, according to The Toronto Star, not far from Drake's former Forest Hill stomping grounds. In fact, Michaels got his start in writing at the CBC.

Abel Tesfaye, otherwise known as The Weeknd, has spoken out about his tough upbringing in Scarborough. "It was tough growing up where I was from. I got into a lot of trouble, got kicked out of school, moved to different schools and finally dropped out," he said to Variety.

He moved to Toronto's Parkdale neighbourhood when he was a teenager, and the wild parties he threw at his former home at 65 Spencer Ave. inspired his debut album House of Balloons.

The Toronto Star reports that Michael Cera grew up at 32 Whitehaven Dr. in Brampton. Cera told The Star that Brampton "is really [his] home," despite snapping up a $2.4 million townhouse in Brooklyn in 2019, according to Mansion Global.