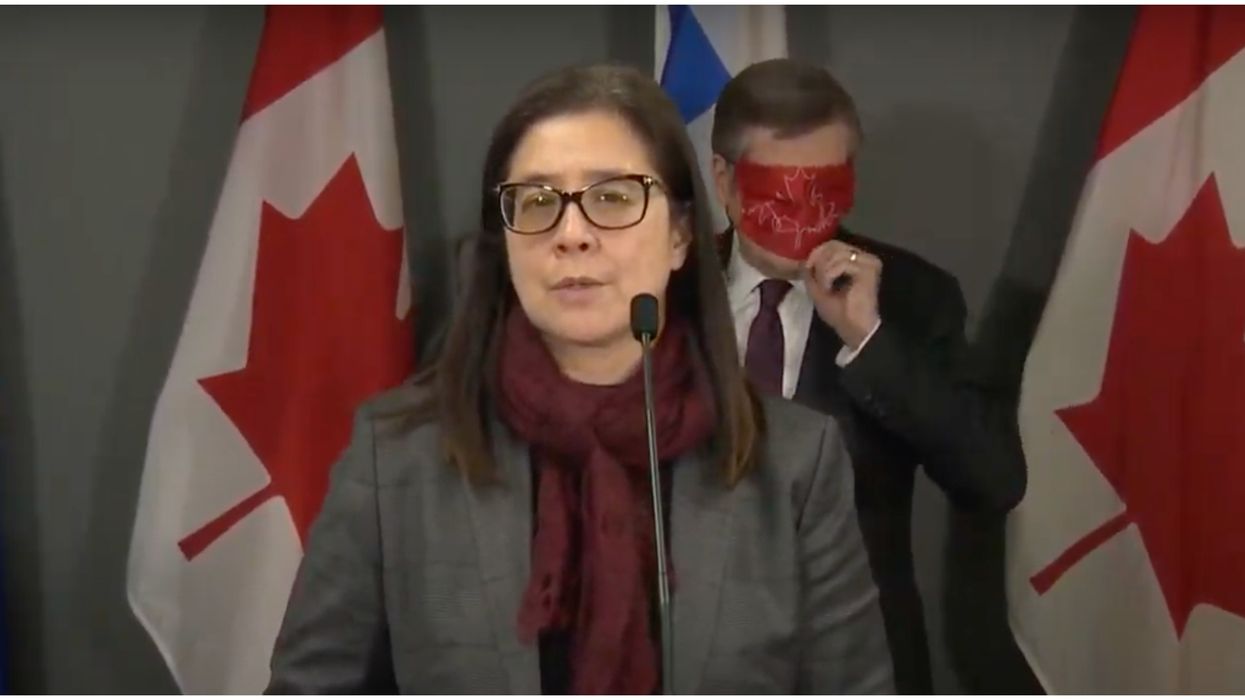 It's been a long pandemic, and we've all had to come to terms with wearing masks over the past nine months.

However, unlike Toronto Mayor John Tory, none of us have had our embarrassing mask moments broadcast live on television to the entire city — let alone twice in a single press conference.

During a press conference on Wednesday, Tory stepped back from his podium to allow Toronto's Medical Officer of Health Dr. Eileen de Villa to answer a question.

But when Tory tried to put his mask back on, he had a brief moment of forgetting which parts of the face the mask is supposed to cover.

In his defence, his mouth and nose were covered — unfortunately, so were his eyes.

Then, just 30 minutes later, he stepped back from the same podium, checked the front and back of his mask and then proceeded to immediately put it over his eyes again.

Bizarrely enough, Tory isn't the first politician to have a mask goof-up and he's not even the first Canadian official to be embarrassed on live television this week.

Unfortunately for Tory, Toronto's mayor seems to be the only person who's done this twice in a single press conference.

That's a record to be proud of.