The resident who spotted it says it wasn't there yesterday. 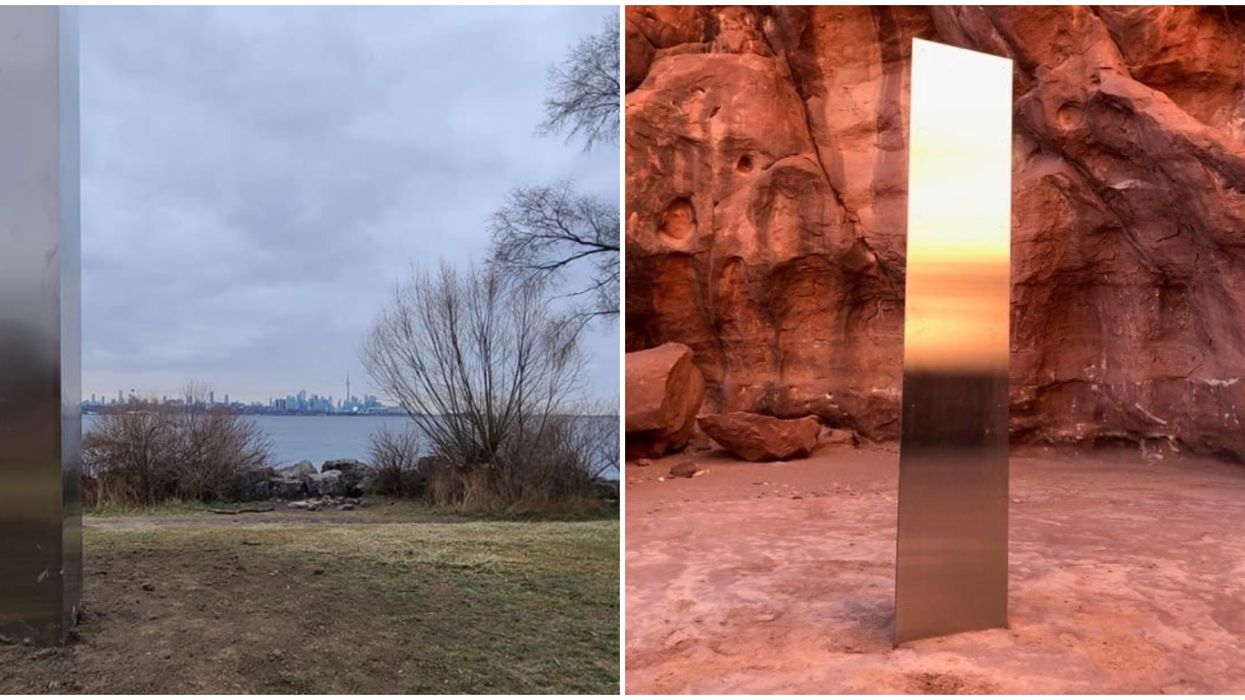 As mysteriously as it appeared in Manitoba, Alberta, California, Utah, and Romania, a monolith is now standing in Toronto.

The structure was discovered on Thursday by Toronto resident Mon Lerin along the edge of the Humber Bay Trail.

"It was not there yesterday morning since I go every day for morning walks," said Lerin to Narcity.

Earlier this month, a Winnipeg local spotted a similar monolith, however, it didn't take long for the structure to suddenly disappear.

"Not sure if it was parks officials or aliens," he tweeted.

Days later, photos of a large monolith in Lethbridge, Alberta were shared on social media.

The monolith saga began with two sightings in the Utah desert, followed by another one on a Romanian hillside.

One was also found in the city of Ahmedabad in India today, according to India Today. The mysterious rectangle also features symbols and numbers on its surface.