It might be the first time in history that this has happened. 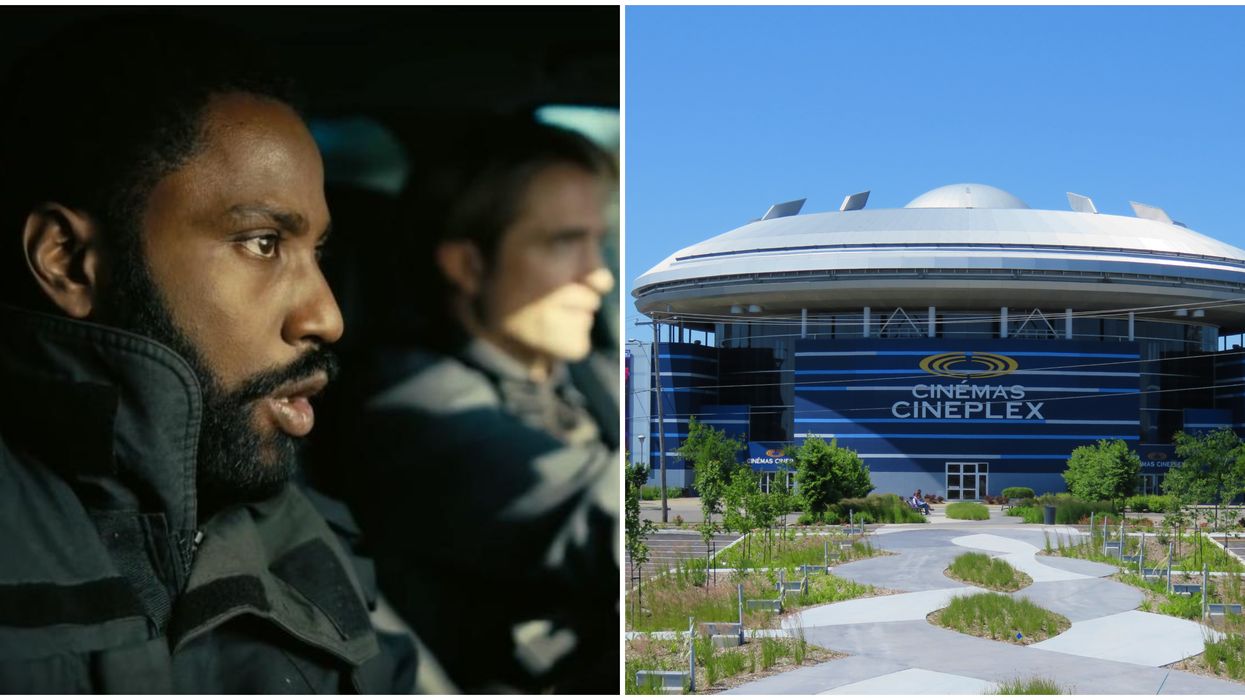 Grab your popcorn! Three movie premieres in Canada that are scheduled for later this month are happening here before the films hit theatres in the U.S. Does this earn us some bragging rights?

Canadian movie lovers will finally get to see some flicks before our neighbours south of the border do.

Christopher Nolan's Tenet, which follows the Protagonist on a mission through the world of international espionage, will premiere in 70 countries and territories like the U.K., Australia, Japan, Italy and Russia at the end of the month.

This sci-fi flick will hit theatres in Canada on August 27, an entire week before it opens in select U.S. cities on September 3.

It was supposed to be released in theatres worldwide on July 17 but the opening was delayed because of the COVID-19 pandemic.

Psychological thriller Unhinged starring Russel Crowe is going to be released in Canada on August 14 at Cineplex and Landmark theatres.

It premieres a week later on August 21 in the U.S.

For the little ones and the young at heart, The SpongeBob Movie: Sponge on the Run is opening exclusively at theatres in Canada on August 14. That means it'll be shown nowhere else but here.

No U.S. release date has been announced.

Back in June, the movie was expected to skip a theatrical debut and go straight to digital rental and streaming services in 2021.

This is reportedly the first time in the history of movie theatres that Canada is getting new flicks before the U.S.

Typically films debut in the U.S. first or simultaneously throughout the world but the COVID-19 pandemic has changed how releases are done.

Some that were supposed to hit theatres this year were sent right to digital rental so people could watch them at home.

Cineplex theatres have reopened right across Canada which could be part of the reason why premiers are being shown here first.

Until August 25, tickets for movies on Tuesdays are just $2.99 at theatres all over the country that are open.

There are also $5 tickets for movies that people might not have been able to see in theatres because of the pandemic like Bad Boys For Life, Harley Quinn: Birds of Prey and I Still Believe.