The two leaders have big plans for the future! 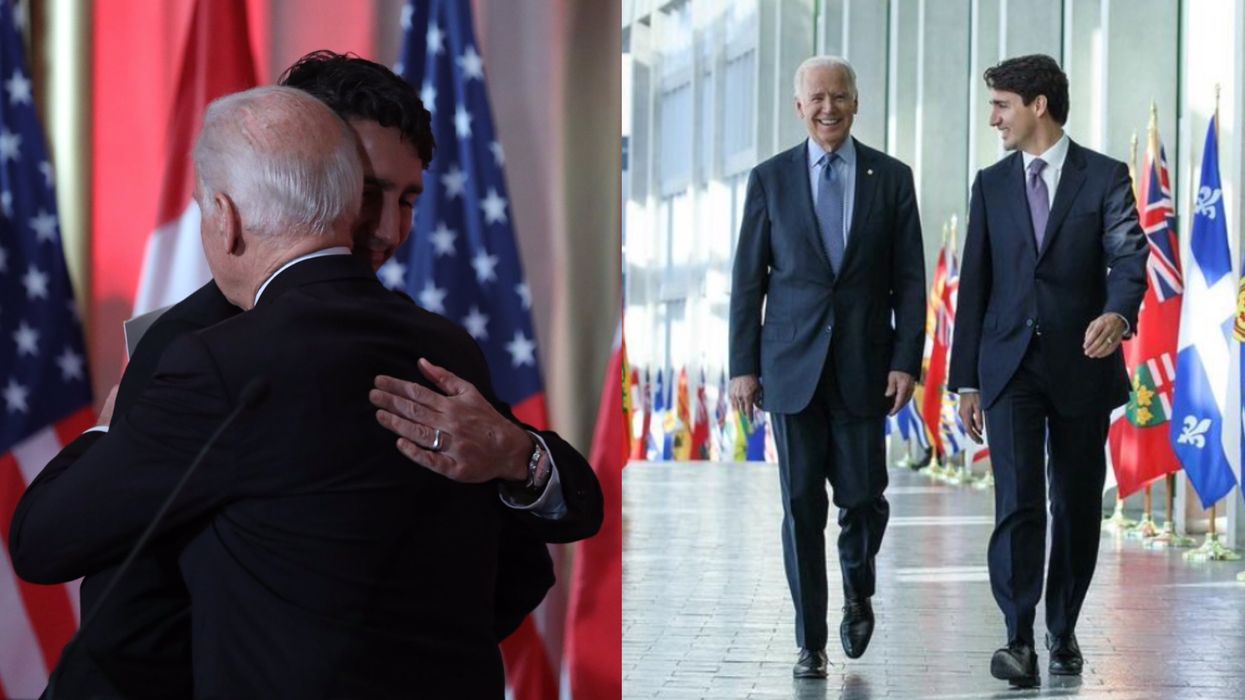 On January 20 — the president-elect’s Inauguration Day — the Canadian prime minister shared his well-wishes in an official statement.

Our two countries are more than neighbours – we are close friends, partners, and allies. Justin Trudeau

“On behalf of the Government of Canada, I congratulate Joe Biden on his inauguration as the 46th President of the United States of America,” began Trudeau.

He went on to acknowledge that Canada and the United States have “one of the most unique relationships in the world.”

“Our two countries are more than neighbours – we are close friends, partners, and allies,” the PM added.

Trudeau committed to working alongside the new U.S. administration to tackle challenges like the COVID-19 pandemic and recovering the economy.

He also spoke of fighting climate change, promoting inclusion and diversity, and “contributing to democracy, peace, and security at home and around the world.”

Congratulations, @JoeBiden, on your inauguration as the 46th President of the United States. Our two countries have… https://t.co/AwsU8CLBkR
— Justin Trudeau (@Justin Trudeau)1611163889.0

The Canadian Liberal leader concluded his message by saying he was looking forward to working with President Joe Biden and Vice President Kamala Harris.

Trudeau isn’t the only one to have shared well-wishes with the new American leaders.

NDP leader Jagmeet Singh described this Inauguration Day as “historic,” while former president Barack Obama had a sweet message for his long-time friend.