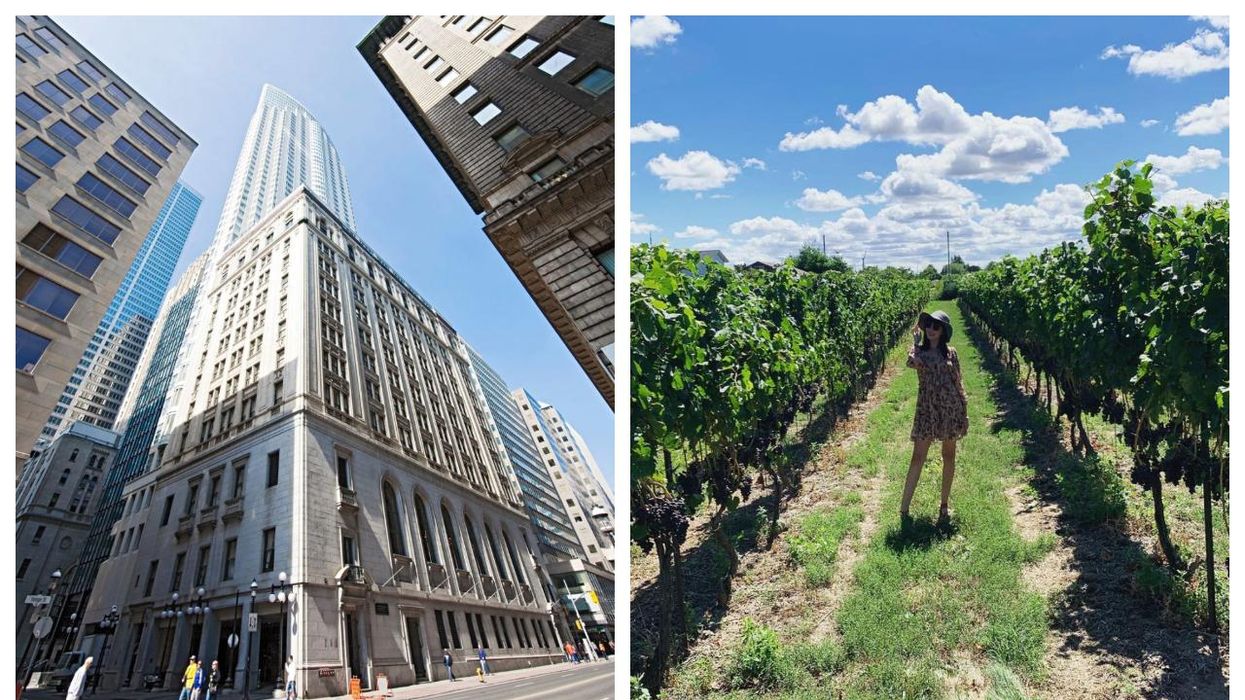 Hotels to stay at

Picking the right hotel to stay at can be tricky, but these five Ontario hotels left quite the impression on tourists. Four of the five hotels are in Toronto alone with the majority of them being in the heart of the city, showing that travellers really consider location when planning their trips.

Toronto's Bisha Hotel, which is just down the street from the CN Tower and the Rogers Centre, was the first Ontario hotel to crack the list, coming in seventh place. Coming in ninth was the Hazelton Hotel in Yorkville; in 20th place was the One King West Hotel & Residences in the heart of the financial district, and in 23rd place was Hotel X.

Ottawa also made the list of Canada's top hotels, with Le Germain in the 12th spot.

Restaurants to eat at

Toronto is filled with hundreds of incredible restaurants to eat at, which is why it comes as no surprise that one of the city's ritziest restaurants was one of the top five "best of the best" fine dining experiences in the country.

Scaramouche, which has been around for over the last four decades and offers some of the finest French foods in the city (with an incredible view of Toronto's skyline to boot), came in third on the list.

AG Inspired Cuisine in Niagara Falls, however, got the silver medal for fine dining. For $75, diners can opt for three-course menu, which includes a choice of appetizer, entrée and dessert.

The ultimate activities to do

Figuring out what to do for a quick weekend getaway in Ontario can be overwhelming, but thankfully, Tripadvisor's "best of the best" lists have narrowed it down to two activities visitors can do for fun (they're also close by each other!).

Tripadvisor named a full-day guided wine and charcuterie tour in Niagara-on-the-Lake, which is situated in the province's stunning wine country, as not only the top thing to do in Ontario, but also the best experience in Canada.

According to Tripadvisor, Winery Guys Tours will take you to four different wineries, with 12 to 16 wine tastings, icewine tastings, a charcuterie pairing and a break for lunch in the "Old Town" of Niagara-On-The-Lake. They offer different packages, including one that will chauffeur you and your group around in a Tesla.

Niagara Falls came in at third on the list, with travellers opting for a deluxe sightseeing tour of both the American and Canadian sides of the majestic waterfall. Channel your Jim and Pam, Maid of the Mist fantasy on this day-long tour, and be sure to bring your passport with you.