Someone made a "Gin and Tims" and it got high-profile attention on Twitter. 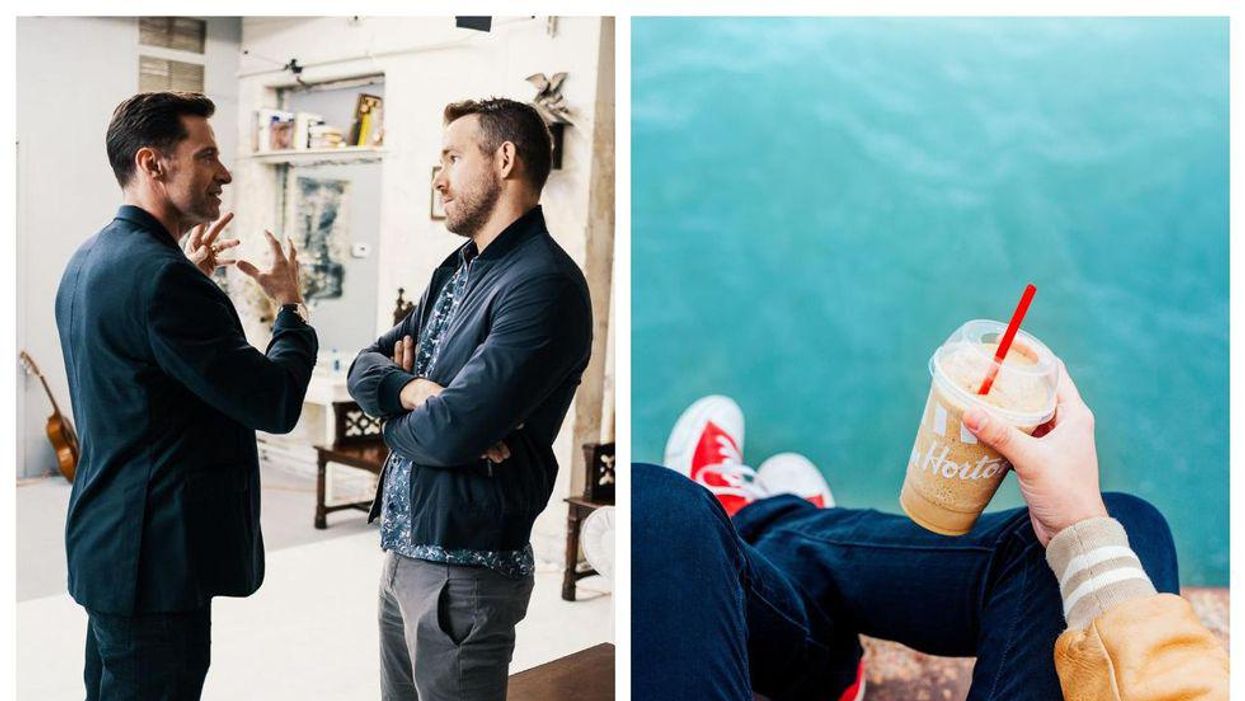 In a totally Canadian turn of events, Tim Hortons has sparked another round of the Ryan Reynolds-Hugh Jackman feud.

Someone on Twitter shared their "Iced Capp 2.0" (a combination of the classic Tims drink with Reynolds' Aviation American Gin) and it led the alcoholic beverage company to make a not-so-subtle dig at Laughing Man Coffee, Jackman's coffee company.

Tim Hortons then stepped into the ring of the battle between the two celebrities and made it even more Canadian by apologizing to Jackman.

The feud between Reynolds and Jackman has been going on for well over a decade, and while there were talks of a truce between them becoming permanent, the rivalry is clearly back on.